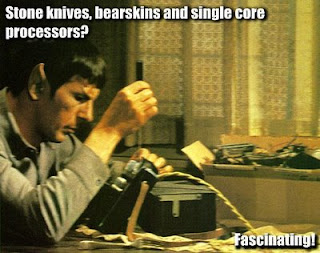 Fourteen years ago EU officials in Brussels took it upon themselves to boldly go where no sovereign power had dared to go before. It was a media circus and apparently the bad guys were focusing their sights on our good pal Mr Spock. Let me explain. A plan was devised by the bureaucrats to class our Star Trek hero, Mr Spock as an Illegal Alien along with the other non human dolls manufactured in China which the wise guys slapped a quota of $81.7 million on. No travel restrictions were placed on the human dolls/ action figures. Action man was free to go. So was Batman and Robin. The red carpet was rolled out for Captain Kirk. No-one defies Kirk not unless you want to get into a scrap and besides the captain always carries a phaser.

The humanity of every action figure and doll was put on the line and scrutinised by the money men. In the end, the word came down. It was a sad day for Mr Spock and Aliens everywhere. Spock, Noddy, Big Ears and Teddy bears fell victim by order of the hard liners in Brussels. There was no appeal. Star Trek fans, Trekkies and trekkers were disappointed by the EU decision and warned governments they shouldn't be meddling in the affairs of the Final Frontier. The President of the Official Star Trek Fan Club in Colorado, Dan Madsen said "Custom officials ought to cut Spock some slack" because Amanda, Mr Spock's mother was after all human!! Spock is half human. Okay, so he's half Vulcan too and was born with pointy ears! When news reached the UK, the British customs office showed no regret about their wrongdoings towards Mr Spock. "We see no reason to change our interpretation," said their agent Dez Barrett-Denyer. "You don't find a human with ears that size."

Live Long and Prosper Trekkies and Trekkers!
Posted by SpacerGuy at October 06, 2008 2 comments: