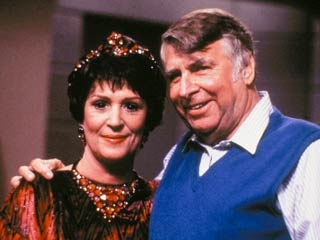 Majel Barret Roddenberry died peacefully in her Bel Air home on December 18th 2008. Her roles in Star Trek introduced a confident "Number One" character in the pilot episode "The Cage" which was reinvented as the lovely Nurse Christine Chapel with a soft spot for Mr Spock later on.

In fact during an early scene in Star Trek: The Motion Picture, viewers are informed that she has now become Doctor Chapel, a role which she reprised briefly in Star Trek IV: The Voyage Home.


Majel was famous as the ships computer voice which she supplied for Federation starships but particularly the USS Enterprise 1701, living long and prospering in the reboot version of Star Trek 2009 movie.  J.J. Abrams film is dedicated to her as well as Gene.

Majel also made a point of attending a major Star Trek convention each year in an effort to inspire fans and keep the franchise alive. I will miss her and our journeys through the galaxy together. May she find eternal happiness with her husband Gene beyond the final frontier, going boldly where none of us have ever, gone before.
Posted by SpacerGuy at December 19, 2008 3 comments: