The word is out, life aboard the new Starship Enterprise NCC 1701 trailer 3 is creating one hellulva cosmic explosion. Earth is being assimulated, resistance is futile, the new movie is capturing the minds of people already proclaiming themselves won over thanks to J.J. Abrams Star Trek creation. However, some die hard Trekkies are worried about Star Treks space time continuum being interfered with, like no-one better mess with the Final Frontier right? Others reason it out as being an alternate universe sequel to Nemesis which is interesting since Star Trek XI is a prequel. Check out the USS Kelvin below. Its Battlestations everyone, we've got incoming phaserfire!!! 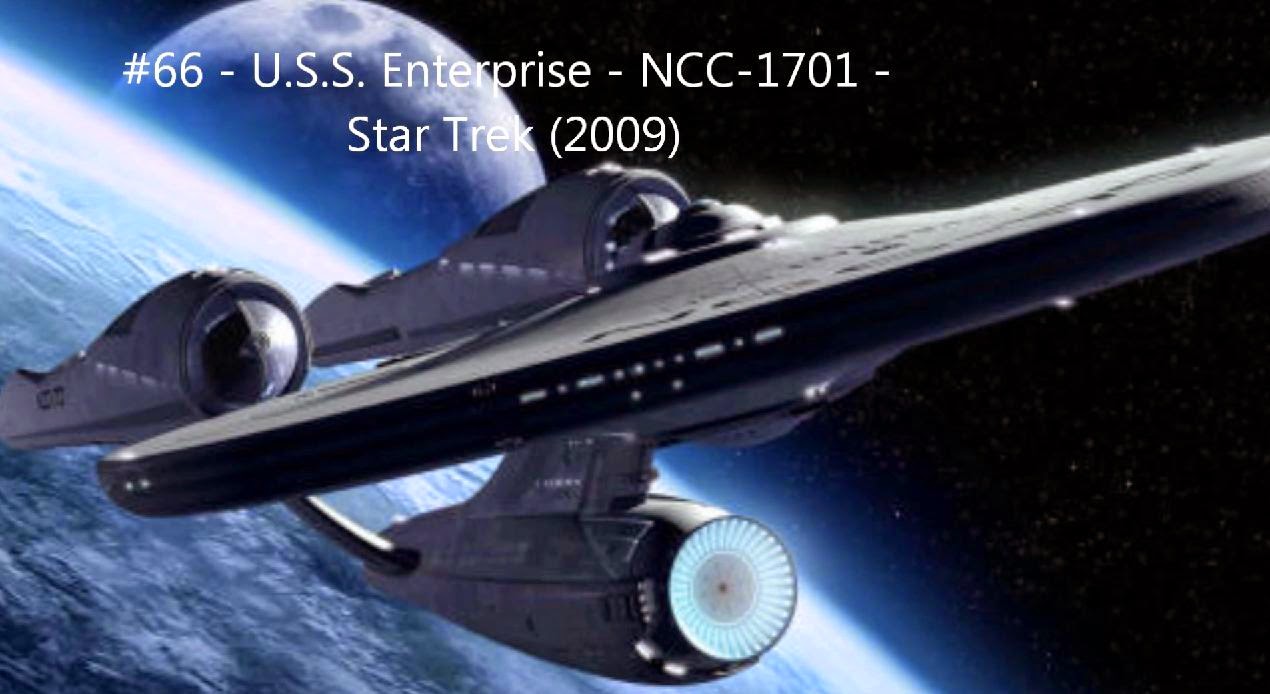 "Scotty I need warp speed in two minutes or we're all dead!" Spock realises they're sitting ducks and leaves the bridge for Main Engineering. McCoy stops him in his tracks.
"Your'e not going in there!" Spock doesn't hesitate.
"You may well be right, what is Mr Scotts condition?"
The Doctor looks at Scotty who has collapsed from radiation contamination but its too late. He was taken by complete surprise. The sneaky vulcan torpedoes Dr Leonard H. McCoy with a vulcan nerve pinch and transfers his katra to the new keeper.
"I'm sorry, Doctor, I have no time to explain this logically."

Isn't it amazing that during the first 24 hours on Apple.com the new trailer broke all existing records on the site with 1.8 million downloads and five million downloads after five days. So whats the big deal about J.J Abrams new Star Trek motion picture? Lets check our tricorders and warp back in time.

Knowledge of future events and Badass characters seem key in exposing the crew of USS Enterprise to grave danger but what methods will inexperienced young Kirk exercise to protect the curvature of the space time continuum from being altered? To put this in perspective, James Kirk earned a reputation for himself at the academy for having been the only cadet to have beaten the "no win" Kobayashi Maru scenario. The guy doesn't like to lose and won a commendation for original thinking. So will this Captain Kirk step up to the deckplates or crumble under the pressure?

It looks like JJ Abrams and Paramount Pictures have gone all out to appeal to a wider audience with the new young crew of the USS Enterprise. I've always been a Star Trek fan, actually I'm proud to call myself a Trekkie. Star trek fan or non-Trekkie, reactions to Paramount's third trailer are creating quite a stir on youtube. Its got enemies of galactic peace, lunatic monsters, scantily dressed dolly birds, orion slave girls and one especially frustrated Uhura who'd love to sear out nukirks eyeballs.

Starfleet cadets are bound to have doubts about themselves and each other especially when its their first mission. The interesting aspect about this new starship USS Enterprise NCC 1701 is the young crew and hanky panky aboard ship. I guess the crews passions won't be the only ones running high when Star Trek XI hits the big screens on May 8th. I can't wait to see this movie.Star-Trek-XI

Live Long and Prosper Trekkers and Trekkies.
Posted by SpacerGuy at March 17, 2009 3 comments: