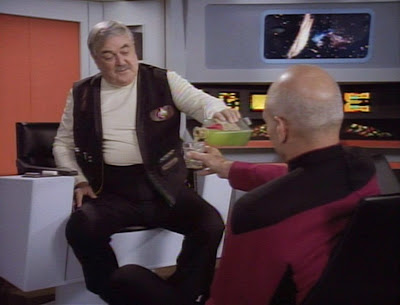 Heres to you laddie, its uh green! 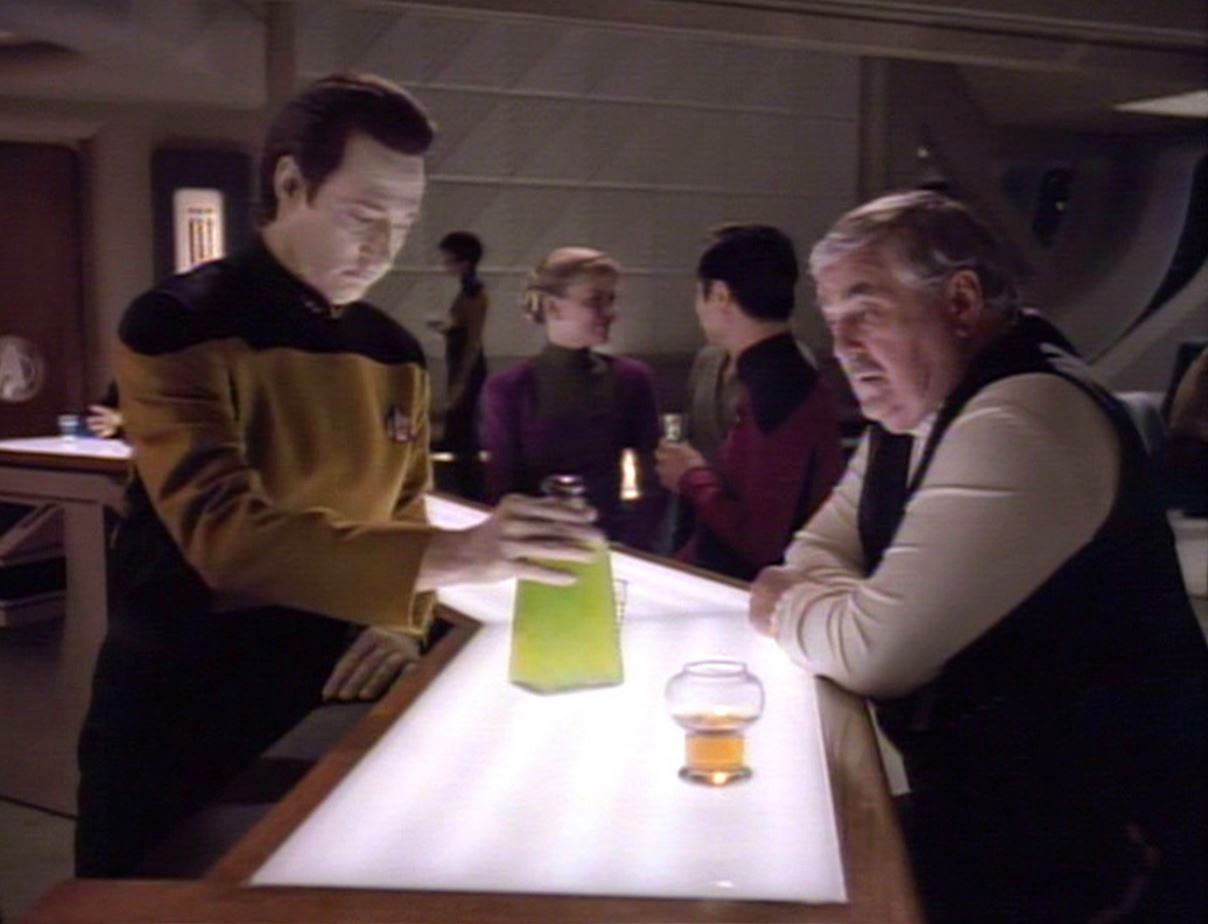 We've got a new STID teaser trailer on Saturday with a terrific spaceship chase and Admiral Pike reprimanding Kirk on for being a very naughty boy indeed. The terrified screaming chick yelling for dear life looks terrified out of her wits. Lets forget about Star Trek Lore, rules and regulations which influence life and death in the universe, Captain Kirk has!.

When the enemy is threatening the U.S.S. Enterprise NCC 1701, (which crashes brilliantly into San Francisco Bay and emerges from the Nibiru Ocean,) Captain Kirk skips the formalities opting instead to manoeuvre a Millenium Falcon type shuttle in for the kill. So now its pay back time!

"He's a fugitive and I want to take him out."


I love the speedy shuttle chase in space, its exciting. The close proximity of the ship gets the heart beating faster. Chances are Captain Kirk is flying in after Cumberbatch, you know the mystery villain guy that plays Sherlock in the BBC Tv Series, which puts our 'John Harrison' villain wreaking havoc in the forefront of the entire movie.

I guess its the captains prerogative to go on away missions and flip out is a good idea. How would you feel couped up on the bridge of the Enterprise 24/7?  Its obvious our 'no win scenario' daredevil has compulsions which need constant nurturing placing the lives of everyone near him in constant danger. Pike calls Kirk a pain.

'You think the rules don't apply to you because you disagree with them."


Naturally at Kirk's command, Mr Sulu engages the warp engines by twisting and flicking a few switches except now the Starship Enterprise is in space where she belongs, so like, I'm totally confused which is a good thing. Bye Bye fish. But lets get serious for a moment.  Chris Pine the Enterprises new Captain Kirk gives Sulu a direct order to fly the ship. He doesn't say "Engage" like Picard or "Ahead Warp Factor 1" like Captain Kirk in STOS, NO! Instead Kirk says,

Theres something cool about "Punch it." Burdens of command, I guess... but I still miss "Engage" "Warp Speed Ahead" and "Warp Factor Nine, Mr Sulu" don't you?

What are the odds Sulu goofs up again by forgetting about the parking brake?

Speed Long and Prosper, Trekkies and Trekkers.
Posted by SpacerGuy at March 11, 2013 6 comments:

Here's Dr Carol Marcus played by Alice Eve in the upcoming Star Trek 2013 sequel movie. Remember when Eve said "It's a top-secret operation, it's like a war." Well feast your eyes on her now as she boldly struts her Starfleet stuff for us trekkies to drool over HaHa! 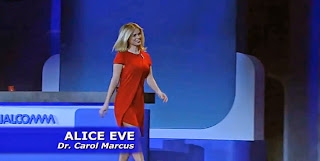 In this video Alice chats with Qualcomm's Chief techie Paul Jacobs about 'the hero making out,' cracking jokes while promoting Star Trek Into Darkness. Apparently the plan was to launch Star Treks mobile app and get fans excited about Paramount's latest tricorder gadget.

Cool if you own an Android device because these trekkie apps are free on Amazon. So now fans can access real world missions, giveaways, and get updates on their smartphone on Star Trek Into Darkness. 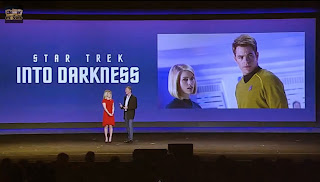 You can almost see Dr Carol Marcus's lovely green and blue eyes widening. Maybe Jacobs needs to be less scientific, so she mentions the billboard which was clever..

Star Trek's mobile app is powered by a Gimbal Platform which once translated means 'hive mind' giving humans the technology to analyse alien environments and adapt. I think thats why people love tricorders and smartphones, so much. Its because we're so clueless most of the time and its fun figuring stuff out. Don't you just love scanning for alien lifeforms? I bet you didn't know smartphones have sensors, I sure didn't.  So where shall we begin?

Mission Long and Prosper, trekkers and trekkies.
Posted by SpacerGuy at March 04, 2013 6 comments: