Charlie X is a first season classic Star Trek episode written by Gene Roddenberry and DC Fontana. The USS Enterprise 1701's rendezvous with the USS Antares coincides with a rather unusual human being. In this 8th episode epic, the young castaway Charlie Evans beams aboard Kirk's ship secretly manifesting psychokinetic powers. Charlie is the only survivor of a spaceship crash which marooned him on a hostile alien planet for 14 years! Imagine. Now 17, the boy is clearly taken with the beautiful Yeoman Janice Rand with unexplained strange scenarios unfolding in his vicinity. Tellingly the USS Antares Captain and Navigator make for a hasty departure, refusing even Kirk's friendly offer of saurian brandy!! Something is definitely afoot! 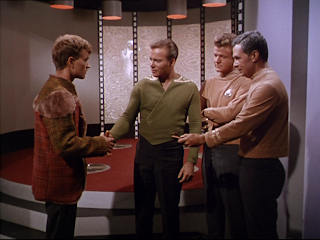 On the Enterprise Bridge Spock analysis of the Charlie X scenario reveals little results with McCoy as usual poking holes in the vulcans logical reasoning.

SPOCK: Doctor, didn't the boy make any reference at all to Thasians?
KIRK: Do you believe the legend, Mister Spock, that Thasians still exist on that planet in some form?
SPOCK: Charlie's very existence proves in fact there must be some intelligent form of life on Thasus. He could not possibly have survived alone. The ship's food concentrates would have been exhausted in a year or so.
MCCOY: By which time he would have been eating fruits, vegetables.
SPOCK: Probes of Thasus indicate very little edible plant life.
MCCOY: And probes have been known to be wrong, Spock.
MCCOY: Doctor, are you speaking scientifically or emotionally? 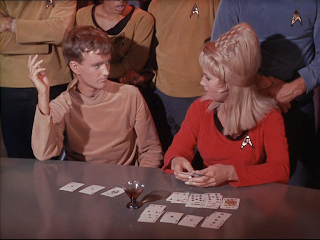 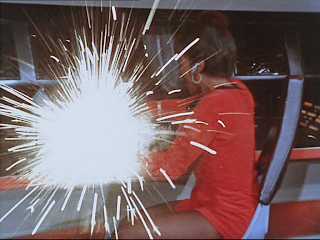 Yeah, thats Spock for you getting McCoy back in the end! LOL. Meanwhile in the recreation room Uhura is singing "Oh, On the Starship Enterprise" to a rapt audience. Quick to react the boy silences Uhura's lovely voice in an attempt to gain Rand's attention with his card tricks. No-one cops on it was Charlie! In other emotional outbursts he injures crewmen or makes them vanish at will. The dudes a real charmer. Later when the USS Antares hails the Enterprise, the poor devils try to warn the Kirk's crew about Charlie, when unexpectedly debris is found drifting in space. Spocks analysis reveals it is USS Antares. 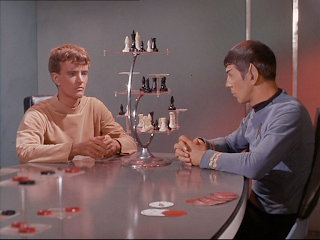 Kirk eventually realises he can't risk delivering Charlie to Alpha Five, fearing Charlie Evan's relatives will be next for the high jump. Finally at long last the Enterprise receives a message from an alien Thasian ship. Its the good guys to the rescue! LOL.The Thasians gave Charlie extraordinary mental powers so he could survive alone, but fear he cannot live safely with humans. Now its pay back time! Charlie's pleas fall on deaf ears. Omnipitent Thasians take Charlie back to live with their own kind. So ask yourself trekker. Would you invite Charlie X to live in your basement? 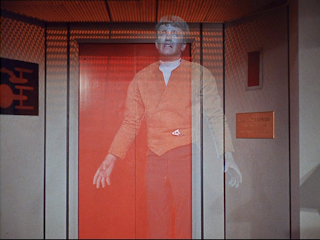 Live Long and Prosper, Trekkie and Trekker.
Posted by SpacerGuy at July 31, 2013 6 comments: