I snook in a few Star Wars critters too, hehe. So please don't shank me. Its fun identifying these science fictional alien lifeforms, just cover the title and off you go,

Where No One Has Gone Before

In Star Trek TNG Where No One Has Gone Before the crew of the USS Enterprise NCC 1701-D are thrown far beyond Federation space to Galaxy M33, where the power of human imagination becomes real in the physical universe. 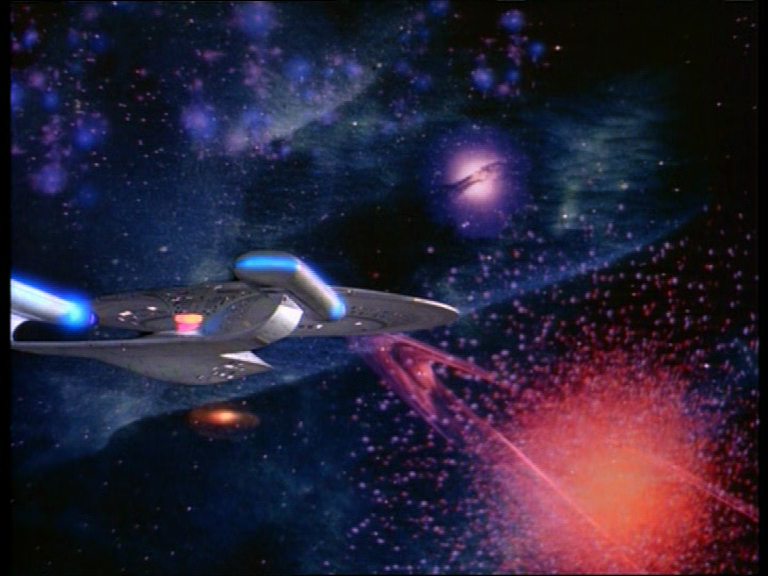 Somehow the ship accelerated to an impressive 2.7 million light years away from earth in minutes. Thats three galaxies away at the far side of triangulium. At maximum warp, it'll take them 300 years just to get back home, so what went wrong? Data calculates it'll take fifty-one years to send a message home using normal subspace frequencies. Good one Data! 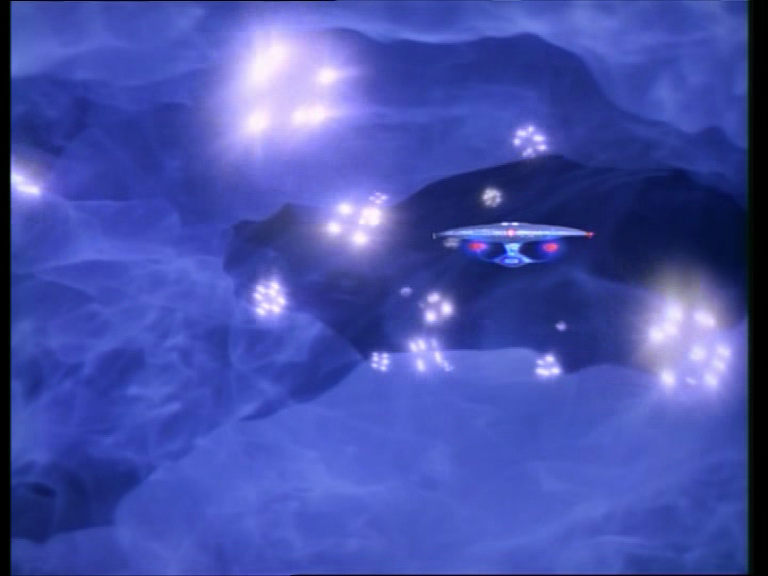 PICARD: Where is this place?

DATA: Where none have gone before.


To shed light on the Enterprises sleigh ride, clueless propulsion expert Kozinski (Stanley Karmel) admits he made a mistake. It soon becomes clear the Traveller played by Eric Menyuk is their only hope. 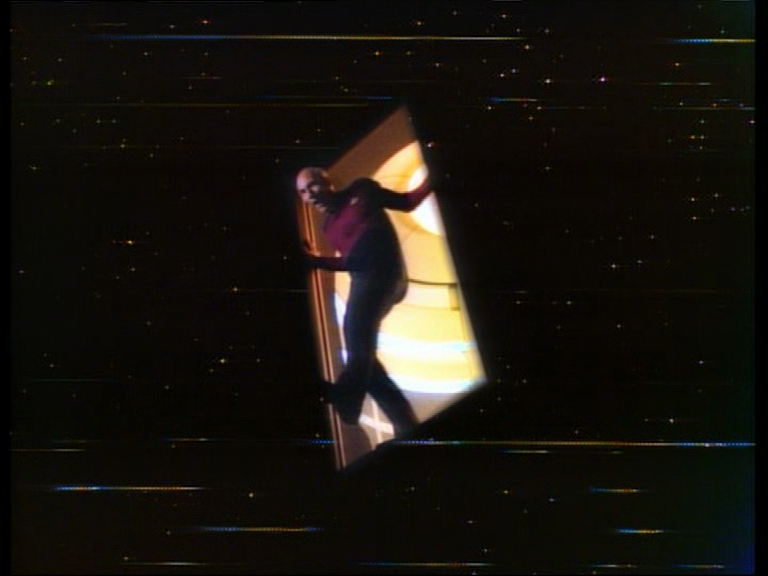 I love the Picard doorway just hanging in space, with cosmic starlines whizzing by the terrified captain as he clings to the Enterprise for dear life. Picard also chats to his dead mother. Patrick Steward's acting presence clearly demonstrates how spooky and exciting outerspace can be.

So now the Enterprise-D is a billion light years away from Earth pushing Captain Picard to the edge. (Well he almost stepped off the ship!) Picard heads to Main Engineering to get answers fast before its too late. 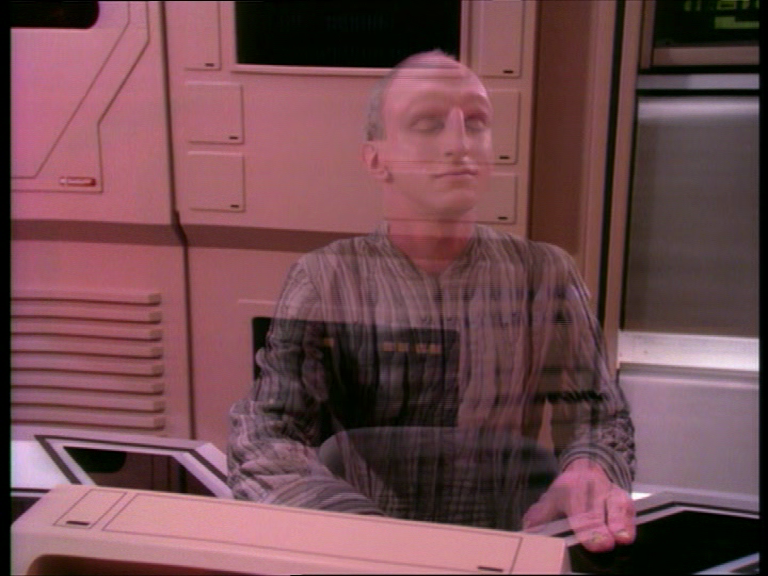 
This episode Where No One Has Gone Before is loosely based on Diane Duane's Star Trek novel, The Wounded Sky. Diane also wrote Spock's World which on average has a four to five star rating on Amazon. QUESTIONS: You might well ask, why didn't everyone just think their way home? Do you think Kosinski is a joke? What did you think of captain picards lift scene?

PICARD: This is about saving the future of humanity.
LILY: Jean-Luc, blow up the damn ship!
PICARD: No! ...No! (Picard breaks the starship display cabinet with his phaser rifle)
PICARD: No! ... I will not sacrifice the Enterprise. We've made too many compromises already. Too many retreats. They invade our space and we fall back. They assimilate entire worlds, and we fall back. Not again! The line must be drawn here, ...this far, no further! And I will make them pay for what they've done.
LILY: You broke your little ships. ...See you around, Ahab.
PICARD: 'And he piled upon the whale's white hump, a sum of all the rage and hate felt by his own race. If his chest had been a cannon, he would have shot his heart upon it.'
LILY: What? PICARD: 'Moby Dick.' LILY: Actually, I never read it.
PICARD: Ahab spent years hunting the white whale that crippled him. A quest for vengeance, ...but in the end it destroyed him and his ship.
LILY: I guess he didn't know when to quit


Star Trek First Contact is a cool movie. I love it when Lilly rather gloomily, says 'See you around, Ahab.' All seems lost. Its seems to me Lilly Sloane's comparison of Picard to Ahab captures the moment beautifully. Despite Lilly's heated words, our valiant skipper delivers a powerful message - Never Give Up, Never Surrender. After all how would you feel about blowing up the beloved Enterprise?

Well my trekker friends, I just wanted you to know Spacerguy is back! The show must go on. All hands battle stations! Lets go get the Borg.