So lets give our heroes a big hand, Happy Birthday!

Celebrate Long and prosper!
Posted by SpacerGuy at December 28, 2014 7 comments:

Its that time again to be merry and full of sherry, so in keeping with the festive spirit of spreading good cheer, its my pleasure to share a Five Year Mission flashback with you. 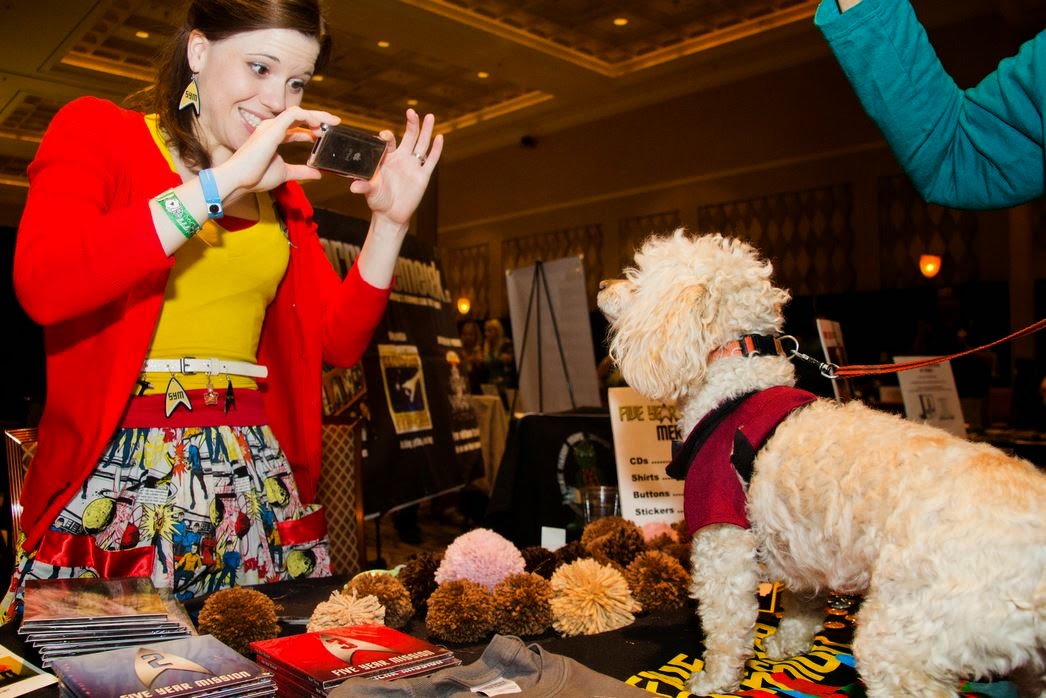 
Heres a snapshot of two excited Star Trek fans taken on August 2nd 2014. The caption reads "Savannah was excited to make a new friend." Its always neat meeting the stars, making friends and spotting trekkers standing to attention at these Star Trek conventions. The expressions and uniforms capture the moments perfectly but which one is Savannah?