The Truth Is Out there Second Star To The Left 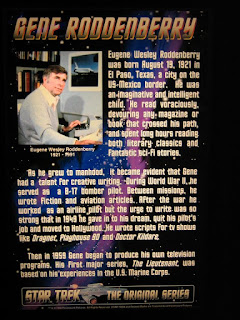 Which one are you? 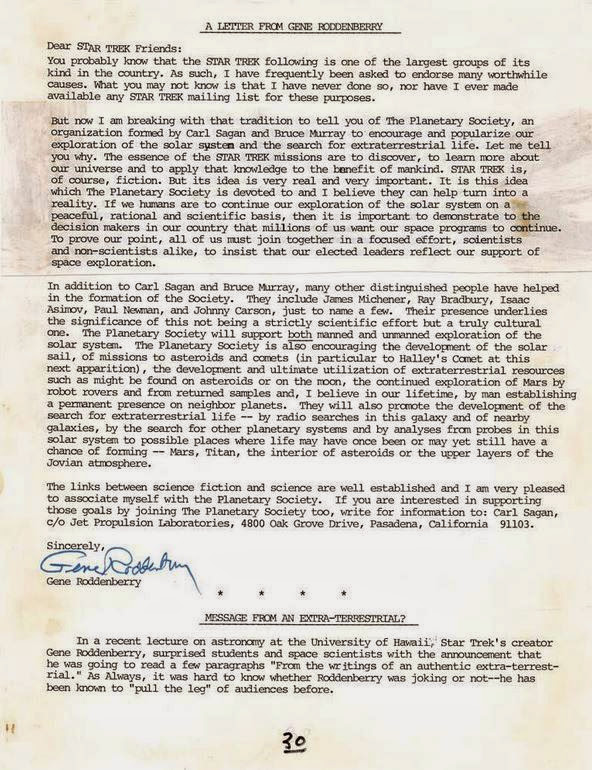 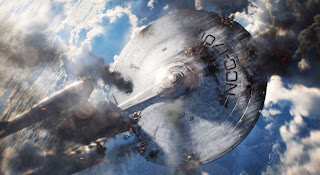 2016 is going to be a cracko year jam packed with movie blockbusters. "Star Trek Beyond" is already being moved back two weeks from its July 8th, 2016 slot. Paramount's "Star Trek Beyond" will now face Warner Bros "King Arthur" and Fox’s animated "Ice Age - Collision Course" hitting cinemas on July 22nd. 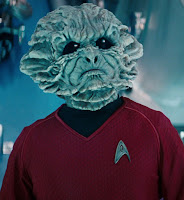 
BTW  Scotty's sidekick Keenser is back!


Beam Long and Prosper, Trekkers and Bloggies.
Posted by SpacerGuy at September 21, 2015 9 comments:


In an interview taken at the Paramount Studios lot in the early 90's, Brent Spiner (whos really Data the android in Star Trek (TNG) gets rousted by co star Marina Sirtis. Rather innocently "Counsellor Deanna Troi" grabs the scoop nailing Spiner "in the act." Despite the old footage, its fun watching these two fooling around. Troi's betazoid instincts cuts straight to the chase. She tells us, "Brent Spiner, Data the android, possibly the most popular character on the show"[STAR TREK TNG] which I thought was very classy of her.

"Our little Scoop!" - After banging on his trailer door for a while, Sirtis gives Spiner plenty of time. The fun begins when Brent emerges from his trailer stammering "what what????"..... While the rapport between Sirtis and Spiner is genuine. These guys definitely won me over and I'm still wondering, is this interview a "gag" or the real deal?  What do you think?

Marina explains: "I'm here with Movietime, remember?" "Oh yeah, right, right, right, right" stammers a hungover Spiner trying to pull himself together. After a little broadway melodrama Spiner finally agrees to hold up his end of the bargain. So what I wonder happens next?

Do you think Brent Spiner slept in his trailer during the filming of Star Trek TNG's entire "smash hit" tv show? Whatever Marina's reasons were for filming this epic, I think their performance deserves an oscar for its comedic value.

What say you? Gag Reel or Real deal?


I made this comment on one of Leonard Nimoys self portraits photos later shown in Paris. The photo was posted to twitpic 1074 days ago and I added my thoughts 21 days later... I don't know if "Grandpa" ever read what I wrote but if he did, I sure hope he got a kick out of it. I have since come to appreciate the spiritual message in this film. What do your scientific/spiritual instincts tell you? Here's Leonard Nimoy's Story.

This is the first self portrait that I have done that relates to this issue. The light for me is a lifeforce, thats the energy for me in photography and light in life is a metaphor for energy and life. Theres movement in the face here you can see, which is also a time exposure, open up the lens and turn to face the camera while the lens was open. So you get that sense of movement.

What do you think of Leonard's "stories about time" caught on film? Did you find his self portrait freaky cool? How would you describe his portrait in time?