How is Star Trek beyond doing at the Box Office? We've got a little puzzle to solve with only 199.8 million ringing in at the Box Office. Remember Star Trek Beyond made its domestic release in theaters only on the 22nd July 2016. All indications are good Star Trek is a smash hit drawing in crowds with $59 million over the first weekend. So what happened? I've done a little digging into the trek timeline to try and piece together Star Trek's mysteries.


In 2007 J.J. Abrams made a fascinating confession at San Diego's Comic-Con International. Despite his "Star Wars" disclosure, word spread fast. It was MAJOR LIFTOFF for Paramount Pictures putting Star Trek right on the map again. All of this happened ages before Star Trek 2009 even hit cinemas around the world.

Leonard Nimoy and Zachary Quinto spoke about their "Spock" characters which was amazing news at the time. .


Heres what Abrams said, The excitement for us is I think is the ability to take this amazing world of Gene Roddenberry created which is remarkable and these incredible characters and show them in a way you haven't seen them. I think its tricky because this matters to so many people and we can't screw this up.

When you listen to the video J.J. abrams talks about Gene Roddenberry's characters. William Shatner is mentioned and producers are still hunting for the NEW KIRK replacement unknown to us at the time. (Chris Pine stepped in later)


The buzz surrounding Star Trek 2009 and STID was fun and exciting. Fans love the thrill of being in on the scoop when breaking news goes viral. There lots of fun with Star Trek 2009, Star Trek Into Darkness and now we've got Star Trek Beyond

So how does Krall compare to the Federations top agent Khan in Star Trek Into Darkness? Star Trek fans will know Khan was originally played by Ricardo Montalban in Star Trek The Wrath of Khan. Timeline readings indicate Khan also starred in Star Trek TOS Space Seed.  Khan is an interesting tyrant who has developed over time.

Which villain is "frightening enough to make your heart pulse with delicious fear and terror?"

To answer this lets watch the star-trek-kid - Justin Lin on Youtube. Heres a video published on July 16, 2016 - six days before the movie hits the cinema. The guy talks about passion and uniqueness and his love for Star Trek and Jaylah..... Which is great but why were most of his videos released only one month before Star Trek Beyond hit the theaters?... I guess we can't blame it on the guy who broke the ship again.

A special variety Happy Camp show in China are reaching out to over 200 million people every week with Star Trek Beyond in mind. - Awww heck they'll probably find the little furry critters hilarious!

William Shatner (Captain Kirk) who is not in the latest Star Trek Beyond film, spoke on Saturday at Creation Entertainment's Offical Las Vegas Convention for 6000 Star Trek fans. 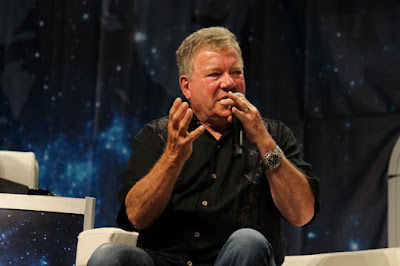 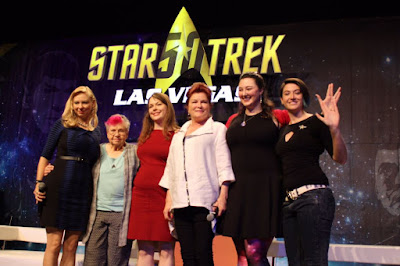 In true leadership style Kate took command and cast aside any notion of being a damsel in distress who needed rescuing.

“I have never called myself a feminist,” said Kate. "You don't complain and you don't explain."


In a curious turn of events Trekmovies Kayla lacovino seems to have had a change of heart. “I’m happy to call myself a feminist because that’s what I am.”

So you decide trekker, who would you put in charge of a starship? Kayla or Kathryn? 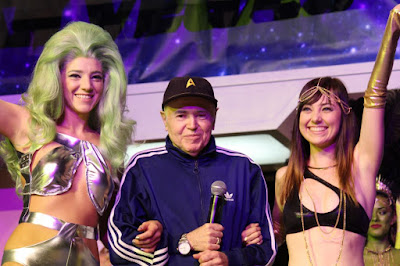 Walter Koenig was asked if Star Trek 50 years later would still be going at warp speed,


Heres what Walter said on Anton Yelchin's death and JJ Abrams decision to say goodbye to his character, Chekov.

“This was an extraordinary person. Anton was a really, really good human being. We only spent a couple of hours on set, but he was special…it was very painful for that to have happened…I applaud JJ Abrams and his group’s decision not to recast Chekov for new movies.” 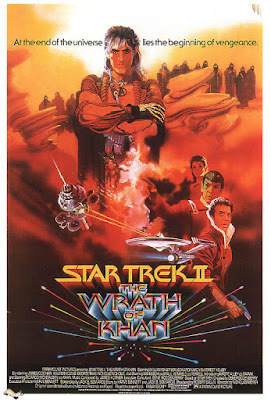 Its interesting to note Walter Koenig had his own personal favorite Star Trek movie which surprisingly is not The Wrath of Khan. 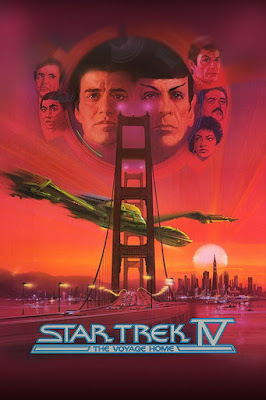 “I thoroughly enjoyed making [The Wrath of Khan], but the movie that taught me that we had something special was Star Trek IV. I read that script and knew we had a winner.” 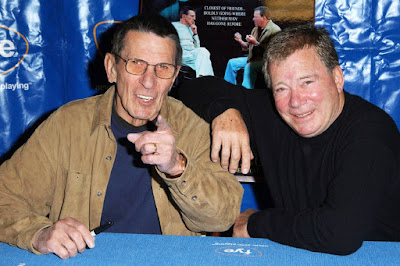 “When I’m asked most about what I remember about Leonard, it’s the laughter. He was so funny. We’d get on stage and I’d double over with laughter. I’ve got so many pictures of me hysterical with laughter.”


To end his talk on the success of Star Wars vs Star Trek, William Shatner told us something about what differences made each sci-fi movie serial unique and special enough to shine in their own way.


“Star Trek at its best tells human stories that are philosophical. There’s humanity, there’s something under the story, there’s a principle involved, and it’s well done. It’s about people. Star Wars was grand, like opera, and it was huge, and it had great special effects, and was a marvelously entertaining film, but wasn’t specifically about people the way most Star Treks were.” 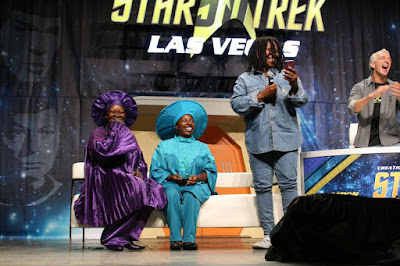 
“Can I ask you a very upfront question?” Roddenberry asked, according
to Goldberg.

“Can I ask you why you want to be on Star Trek?”


“Don’t you know? You don’t know that we didn’t exist anywhere in
science fiction before you put Lt. Uhura on there?”

“Whoopi, you actually are right.”

When I was a kid I loved sci-fi, I loved horror movies, I loved all these things,” she elaborated. “There were lots of folks on television, you could see black folks on television, but you never saw them in the future. And until Gene Roddenberry put a beautiful black woman, who was the communications officer – she wasn’t cleaning houses.

To see her in the future in charge of communications and being as hot as a woman could be to the point where even the aliens wanted her. You’d see Spock looking at her and you knew what he was thinking,” she said to great laughter. More seriously she added, “She was integral to their being able to survive wherever they were going.”

Since the relaunch of Gene Roddenberrys Star Trek, 50 years later, fans are still enjoying the Kirk/Spock bromance with the younger crew rebooting the timeline. Eager audiences fill cinema seats wondering if the USS Enterprise NCC 1701 will go down with her captain for the second or is it the third time?

In 2013 Star Trek Into Darkness was the highest earner of Star Trek's entire franchise with worldwide takings of $328 million in 18 days! But theres no point in harking on about the good ol days.


Fans want exciting movies to drool over so why even mention "Star Wars The Force Awakens"   at ($2,068 million) directed by J.J. Abrams? So whats the deal with Star Trek Beyond at the Box Office? Any ideas? How do you rate Star Trek Beyond's movie Mojo?  (Worldwide release totals stand at $194 million?(so far) The Production Budget was $185 million).

So all will be revealed on Monday when Beyond's worldwide takings roll on out. Have you seen Star Trek Beyond yet? How do you rate the previous villain Khan against the latest one, Krall? Which actor/villain is better and more chilling as Star Trek's bad guy? (Benedict Cumberbatch or Idris Elba)