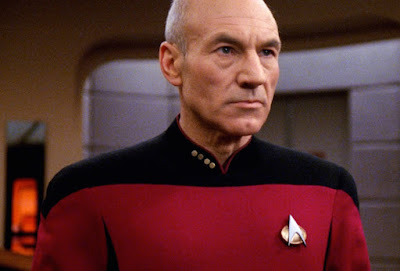 Jean Luc Picard will engage Star Trek firefights and conflicts with an energizing buzz. We need a character like Patrick Stewart to do this for I believe after 178 episodes of Star Trek TNG, only the Picard can "make it so" for fans! Look at the original ST TNG episodes. Characters wait to hear what he's going to do/say next when crises hits.

I personally can't wait, You know the Picard's orders "make it so" is going to be so right! I mean he's the only captain who drank green whiskey with Scotty (Jimmy Doohan) on the bridge of the classic USS Enterprise NCC 1701. Okay so it was a holodeck, no bl**dy A,B,C or D but as ideas go don't you feel wowsered? 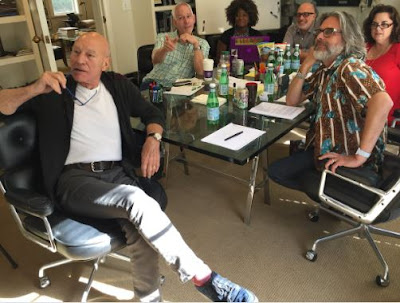 Which Actor Confessed a Secret Ambition?


Name the actor behind the most famous secret agent of all who once confessed to a secret ambition: a film role in Star Trek but who which of these four was it? 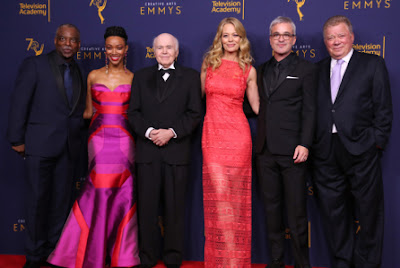 
Heres what they said.

William Shatner: "after 52 years everyone who has been involved in Star Trek is grateful. The original Captain says that Star Trek is a phenomenon and “represents an idea that is greater than all its parts.”

“I accept this award for all of the artists who have worked to make this show a success,” he said.

Walter Koenig “It resonates because we were talking about topical issues and socio-political content,”

LeVar Burton chimes in, “It’s all about good storytelling.”

“We still worry about living together and having a fruitful and joyful experience,” added Koening. We are beset with problems that we had in the ’60s.”

As the newest member of the fleet, Martin-Green pointed out that she hopes Discovery gives justice to the franchise and furthers it. “It was very important to us anew, but be our own at the same time,”

Alex Kurtzman "Star Trek “has been a beacon of hope for so many people for so long.”

“In dark times, we need that hope,” he said.

Live long and Prosper
Posted by SpacerGuy at September 12, 2018 7 comments:

Here's a list of romantic entanglements, historic, fatalistic, diplomatic, warp speed spacebabes. At least one kiss got recognized for real world significance and the other was with an android but who were they? but HEY, what do you say? Kirk got to play around with all of them! How IMPRESSIVE is that?. 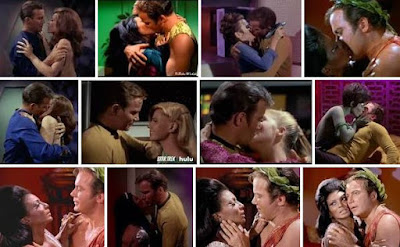 Captain Kirk's got the coolest space toys and he gets to talk to the USS Enterprise 1701 with yeah, you know the one! The flip up communicator. "Kirk here! Two to beam up Scotty! (Ok, so he never said Scotty but let's pretend he did.) Being the third Captain of the legendary Enterprise requires bending rules for the greater good. 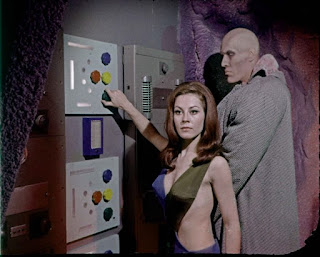 Wheres the fun otherwise? Saving Earth from hostile entities like V'Ger and madman Nero remember them? Nero was nuts. It sure puts the captain in the thick of action whose Kirk attitude and swagger is famously linked with science fictions leading existential heros. What a role model for us poor mortals! Never one far from danger, Kirk's dedication never stops him having fun in his downtime. 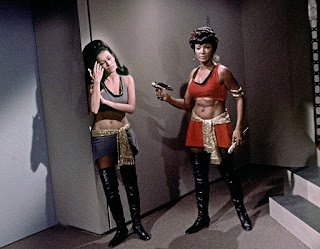 Always it took beautiful women across the quadrant to propel the captain from danger to flirtation or was it love?. Because some say Captain James T. Kirk's one true spacebabe was the Starship Enterprise. What do you think? 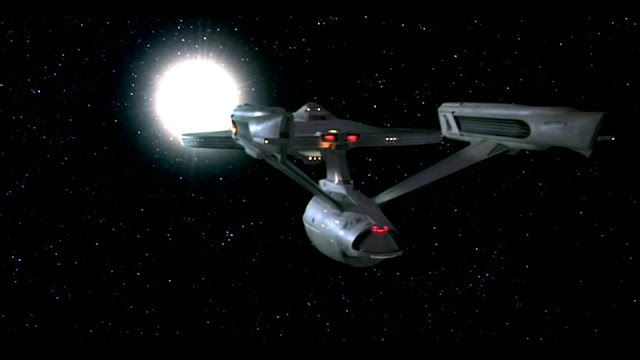