Mr Spock is the responsible Vulcan Science Officer and second in command of the starship U.S.S. Enterprise NCC- 1701. Spock is a logical creature of science and trusted Commander. Our pointy eared friend is happy to analyze incoming sensor information and advise the captain of the U.S.S. Enterprise in his capacity as Kirk's First Officer.

Mr Spock is affectionately called Spock by the U.S.S. Enterprise crew. Pointy ears is half human and half Vulcan, born on Vulcan in 2230 and highly regarded right across the galaxy. In 2267, Spock earned the Vulcanian Scientific Legion of Honor, twice decorated by Starfleet Command and holds an A7 computer classification. 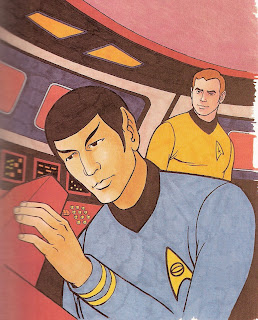 The Vulcan national symbol is worn by Spock on special occasions. The IDIC medallion means Infinite Diversity in Infinite Combinations. It was designed by Gene Roddenberry and is the basis of Vulcan philosophy. Mr Spock wore it to honour Miranda Jones in Star Trek The Original Series episode "Is There No Truth In Beauty" but she felt a bit overwhelmed at the time if memory serves, hehe..

So what are Vulcanophiles? Sweet adoring female fans of course! According to Leonard Nimoy its the devilish eyes and ears that get females going. An actress visiting Star Trek's (The Original Series) set actually asked to touch Nimoy's ears while he was still in makeup! Isaac Asimov's essay "Mr Spock is dreamy!" is based on his daughters devotion and appreciation of Mr Spock. Apparently women are turned on by smart guys. 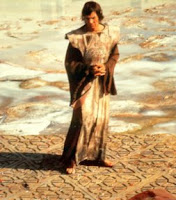 Mr Spock leads a landing party mission in Star Trek' TOS "The Galileo Seven" surrounding the "quasar-like" phenomenon, Murasaki 312. Spock has much to learn about the emotional behaviour of humans preferring instead to steer them away from danger with his pure logical reasoning. The Science officers skills have saved the ship and crew from several life threatening interstellar encounters when pitted against crises situations.... 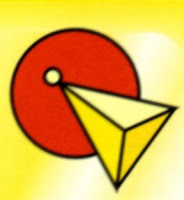 Our Vulcan friend is however, tormented by his half-human emotions which he failed to purge from his system under the guidance of Vulcan masters in 2270. Spock underwent the ritual after he resigned his Starfleet Commission. Kolinahr was the ultimate Vulcan Achievement in the pursuit of Pure logic just beyond Spock's grasp. Spock went back to his friends on the U.S.S. Enterprise NCC-1701. 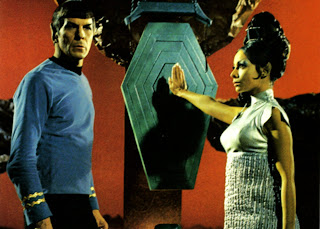 Pon Farr occurs in stages. Spock has returned to his home planet Vulcanalia after seven years to mate with T'pring. Logic has gone out the window. The "plak-tow" awakens an illogical mating urge or " blood fever." The Pon Farr is part of the Vulcan males life cycle which releases the physical animal passions building up within body and mind. Females are unaffected by Pon Farr.

The Pon Farr joining cures all Vulcan males from their blood fevers. So too does the Koon-Ut-Kal-If-Fee which is a combat fight to the bitter end, usually instigated by the bride if her mind is set to marry someone else. T'pring bonded with Spock during childhood but now wants to marry her secret lover Ston. She holds up her hand to declare Koon-Ut-Kal-If-Fee pitting brother against brother. 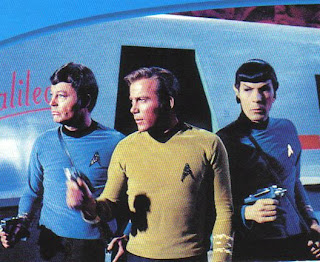 Spock has a teddy bear pet called a sehlat! Its not any ordinary bear because it has six inch fangs! Growing up on Vulcanalia Spock used to travel into the mountains on his own with his pet sehlat. He used to journey out alone for days on end to the sacred mountain Mount Seleya to test himself. Sehlat was a perfect travelling companion for the vulcan's survival wilderness experience until it was severely injured.

Spock logically decided to have the creature put to sleep rather than watch the wonderful beast overwhelmed with pain and suffering. Dr McCoy would argue that the Vulcan's human emotions got the better of him and that he acted out of a sense of compassion and kindness towards his pet.

I bet you can see Dr McCoy now?

"Mr Spock, logic had nothing to do with it and you know it!"

Live Long and Prosper Trekkers!
Posted by SpacerGuy at December 12, 2006