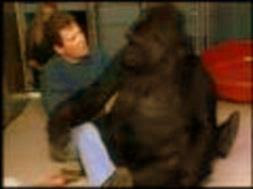 I was permitted to visit Koko the gorilla in her quarters and Koko was an extraordinary animal who had learned to communicate with human beings. She was able to sign more than 600 hundred words but more impressively as her handlers told me, she understood the meaning of those words. She knew the signs for water and for bird and the first time she saw a duck landing on a lake she signed "waterbird." That displayed a synthesis of knowledge, so you see, she was obviously very intelligent. I was allowed to go to her compound and enter a room with her all alone, as I walked into that room I was reminded she was an imposing, powerful animal. Smaller gorillas had been known to tear off mens arms in anger.

I'm not often afraid but truthfully I was frightened. There’s a form of acting that teaches. Feel it and say it and that feeling will be revealed through your words. The English form is quite different. Say it and then you feel it. To deal with my fear of this magnificent animal as i got closer and closer to it, I found myself saying, I love you Koko, I love you. I said it earnestly and honestly and I looked directly into her eyes as I spoke. I crouched over a little to show submission moving forwards rather than backwards to show I was not afraid.

Over and over I repeated "I Love You Koko, I Love You." and as I said it I began to feel that love, finally I stopped directly in front of her and looked into her deep brown eyes and I saw her furrowed brow and enormous hands "I Love You Koko" and with that she reached out and grabbed me by my balls and looked me right in the eyes and after a slight pause in a substantially higher voice, I tried to repeat, "I love you Koko" Obviously these words had more significance than a few seconds earlier.

Ricardo Montalban died on Wednesday 14th January 2009 aged 88. He played the villain intent on taking revenge on Captain James Kirk in the Star Trek Movie "The Wrath of Khan." Ricardo first appeared in Star Trek's "Space Seed" episode in 2267, as the superhuman ex-prince of millions, Khan Noonien Singh.The U.S.S. Enterprise 1701 discovered Khan and his merry band of escapees in a deep space sleeper ship and were instantly cursed for opening Pandora's box. The crew revived the newcomers and beamed them aboard the Enterprise. 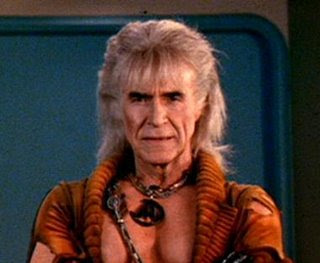 Soon the ex-ruler schemed to take over Kirk's precious starship. Fortunately the captain thwarts Khan and boots him off the ship along with his people to a seemingly hospitable planet. Khan agrees and everyone's happy, except the ending was incomplete.

Paramount actually made us wait fifteen years to see one of the greatest villains in the universe, wreaking deadly havoc on the cosmos in what was the final instalment of space seed. And you know what? R. Montalban did it in style. In the end Khan went out in a blaze of glory which was a fitting end for one of the one of the greatest Star Trek villains of all time. R.I.P. Ricardo Montalban.

I've done far worse than kill you, Admiral. I've hurt you. And I wish to go on hurting you. I shall leave you as you left me, as you left her... marooned for all eternity in the center of a dead planet... buried aliiiiiiiiiiive!"

Live Long and Prosper, Trekkies and Trekkers.
Posted by SpacerGuy at January 18, 2009 4 comments:

Remember the tales Kirk, Bones, Spock would regale each other with on the bridge of the USS Enterprise? even Scotty, Uhura, Checkov and Sulu joined in on the fun. Remember that pointy eared guy? Spock. His pure logical reasoning just can't be argued against. The clever vulchie is so darn good at keeping his cool in an emergency except when Dr Mccoy sticks his beak in. Pointy ears constant battle to assert his vulcan logic over the emotionalism of humans stems from the fact he is a son torn between two worlds. Logic is the beginning of wisdom, not the end.

Mr Spock's sophistication won him the affection and appreciation of countless female trekkies who found him "Dreamy." The "Vulcanophiles" were fascinated by the devilish eyes and ears and who knows? Mr Spock is a telepath, maybe he could read the Vulcanophiles minds and hold the females under his spell.... Hmmm. I wonder. Would our Mr Spock do that? You bet his pointy ears, he would! 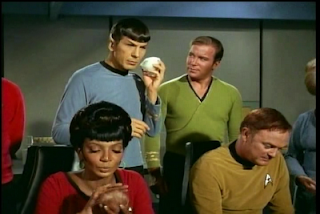 Dr Mccoy frequently lashes out scathing insults branding the Vulcan "inhuman and green blooded" for his "d-mned computer logic." Why? because secretly Mr Spock enjoys the good doctors arguments! The Vulcan's disciplines of rigid logic is so exacting, often Spock is not even aware hes insulting his red blooded USS Enterprise crew-mates.

In McCoy's lab, Spock is examining the tribbles (which number many more than they did previously) as the doctor works.


"There's something disquieting about these creatures.", remarks the Vulcan. Bones asks him if he's got a 'feeling' about them.
"They remind me of the lilies of the field.", returns Spock, "They toil not neither do they spin -- but they seem to eat a great deal. I see no practical use for them."
Bones argues, "Does everything have to have a practical use for you? They're nice, they're soft and they're furry and they make a pleasant sound."
"Yes, so would an ermine violin, doctor but I see no advantage in having one.", retorts Spock.
"It is a human characteristic to love little animals.", declares McCoy. "Especially if they're attractive in some way."
"Doctor, I am well aware of human characteristics, I am frequently inundated by them but I have trained myself to put up with practically anything."
"Spock, I don't know too much about these little tribbles yet but there is one thing I have discovered.", leads McCoy.
"What is that, Doctor?"
"I like them", finishes Bones, " ---- better than I like you.".
"Doctor. They do indeed have one redeeming characteristic. They don't talk too much.", mentions Spock as he excuses himself from the lab..

I hope you enjoyed my thoughts about our flawed feeling friends of the USS Enterprise NCC-1701. I have something else to share with you now. Now you can relive the adventures of the original USS Enterprise crew with these comic adventures. 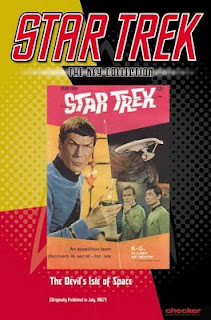 The planet of No Return.
The Devils Isle of Space.
Invasion of the City Builders.
The Peril of Planet Quick Change.
The Ghost Planet.
When Planets Collide.

Lock your phasers on stun and warp on over to WOWIO.com where you can satisfy all curiosity by downloading or reading the Classic Star Trek Comics online.

Go forth and Prosper, Trekkies.

Fantastic! These Star Trek spacebabes just makes me smile from ear to ear! 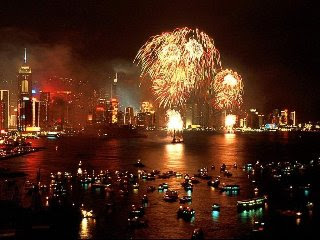 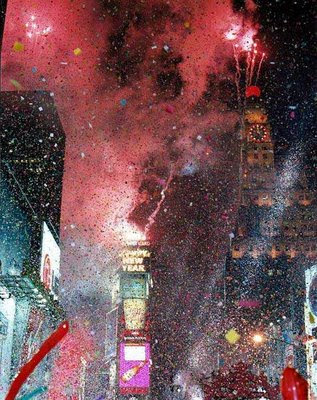 McCoy was not above kicking back with a good drink with the Captain now and again, regularly keeping stashes of vintage saurian brandy and other libations with the controlled substances in sickbay. (TOS: "The Corbomite Maneuver", "The Enemy Within") Displaying a fondness for Kentucky bourbon, his favorite drink was believed to be the mint julep. (TOS: "This Side of Paradise") He also made an excellent Finagle's Folly. (TOS: "The Ultimate Computer") I guess the Chief Medical's Officers position aboard the Uss Enterprise 1701 had its perks. The doctor is pretty handy at giving out tranquilizers especially in the episode "Wolf In The Fold" which has a cunning deception gradually unfolding aboard the USS Enterprise and a voice that had my sides splitting with laughter when I first heard it.