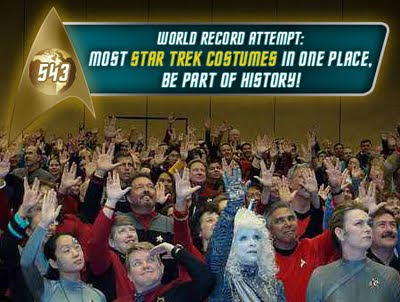 I was warping across the Internet recently, when my deep space sensor sweeps detected some very suspect readings slagging off Trekkies. I wonder is someone from the darkside having a laugh at us? Now that wouldn't be hard, would it? Everybody has seen the pictures of Barbara Adams donned in her starfleet jury uniform and what about the trekkers with the ears who bump into you at the supermarket? Sigh I've got to wise up to the fact that I'm fated to be a trekologist for the rest of my days. Alas, its true. I'm no different. I watch Star Trek everyday. Sometimes I get an adrenalin rush that shocks my logical thought processes into hyperdrive, hehe. At my age I should know better but sometimes I just can't resist the temptation to come out of the closet as vaderspacer, but only on special occasions, LOL) So much for my stern vulcan disciplines! 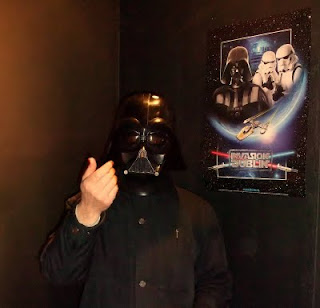 But really, I just couldn't let this one go without first having a pop at the darkside geeksters responsible for what I'm calling trekkie sacrilege. Now this is where it gets better. After completing deep space sensor analysis of Thesaurus.com my scientific readings had finally pinpointed the prime location for several trekkie violations! Imagine my surprise when my eyes saw the word "weirdo" sitting right beside "trekkie." A strange, searing, sensation shot through my whole body as I struggled to comprehend the gravity of the situation. Be warned fellow Trekkies, set your phasers on maximum before venturing any further.
The pain numbs a little when you see "techie" but the blows just keep on rolling with dolt, dork, dweeb, fool, goober, goofball, jerk and oaf adding more black eyes to this swollen list of trekkie jabs. I made this discovery completely by accident and in accordance with Starfleets Articles of Federation, I felt it my duty to report my findings to you. It has to be acknowledged Thesaurus.com is a totally awesome source of inspiration. But it saddened me to think a human could be so miffed with so little regard for our trekkie feelings. I hope the blasphemer in question sleeps with a fully charged phaser under their bedspread. Our people know how to deal with trekkie treachery, LOL.

But seeing is believing! Right? Well judge for yourselves. In order to establish universal justice and insure galactic tranquility, we "The Trekkies" must contact and enlighten our earthling neighbours standing in judgement against us. Star Trekking enthusiasts must stand united to defend, promote and secure liberty for all within our United Federation of Planets. If you feel duly affected or soiled by this thesaurus trek patter then engage your trekkie powers right now!
Expel this penalty box to the remote reaches of the galaxy dumping on our fine, outstanding, Trekkie reputations.
Select your preference from one of the following motions (1 to 10)
1= We will Lower our forcefields and allow the darkside to conquer us.
2= Set Phaser to Stun.
3= Meh. Trekkies can take pain.
4= Live and Let Live man.
5= I am a Peaceful Trekkie/Trekker.
6= Resistance is Futile Assimilate This!
7= Wheres Nicky the Nose?
8= Set Phasers to overload.
9= Klingons Do Not Take Prisoners!.
10= We Demand Starfleet Justice! 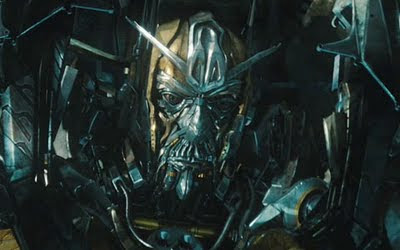 Transformers3 has over 40 million hits on youtube with the movie reaching its second weekend at the box office and still at number one. Wowsers. Watching Apollo's astronauts trekking through the spaceship wreckage, a huge grin burst over my face when I saw Sentinel Primes vulcanian features, engaged deep in thought. He's still alive buried deep within the skin of his ship... You can just tell who he is? Can't you? Well trekkers its why my inner trekkie is demanding I go see this movie and I will. I promise. The race is on! 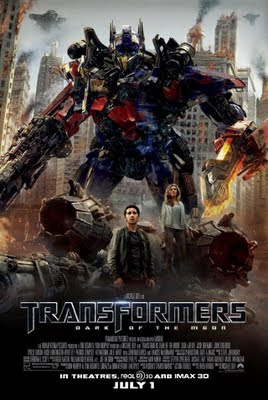 Star Trek's TNG tenth episode 'Hide and Q' was written by C.J. Holland and Gene Roddenberry. Picard's crew are on a humanitarian mission all fired up to save Sigma's 3's mining colony. Suddenly the USS Enterprise NCC 1701-D is caught in a powerful forcefield net. Its the mysterious Q entity with another test to torment his favourite humans. His dreadful timing nearly sends Captain Picard into full meltdown who recalls their last encounter with firey passion, charging humans as being a "grievously savage race". Commander Riker goofs up big style by opening his mouth the wrong way. 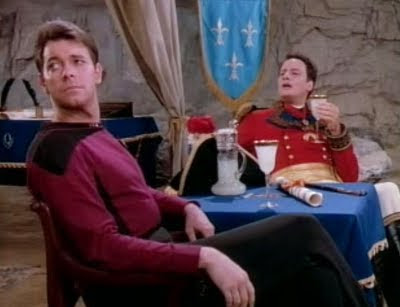 'We don't have time for these games.' blurts blackbeard suddenly peeking Q's interest. 'Games! Did someone say games? And per chance for interest sake, a deadly game? To the game!'

Every Starfleet Officer believes in the United Federation of planets after all they are the best and the brightest? right? These guys swear an oath to defend and uphold Starfleets finest laws (I'm doing my Picard bit now, LOL) "To Protect and Serve." The first duty of every Starfleet officer is to the truth, whether its scientific truth or historical truth or personal truth. Its is the guiding principal upon which starfleet is based.... but I'm digressing from the main story.

Five hundred and four colonists are in urgent need of medical attention with Dr Beverly Crusher on standby in her sexy blue uniform. The super intelligent android, Mr Data calculates the Enterprise-D's arrival in 3.2 hours travelling at warp 9.1. Meanwhile, Rikers analysis of the mining explosion cuts to the chase. The explosion was caused by methane like gas seeping in from underground. Open and shut case, right? well not exactly. Red Alert! 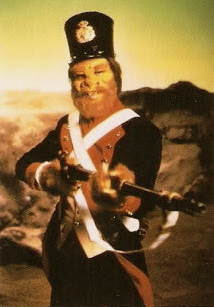 Its admiral Q at your service. This time hes teasing Riker with the gift of godlike powers! Whatever next? The Omnipotent Q wants to see if Riker can handle "temptation" in the face of adversity and transports a whole bunch of Picard's bridge officers to a bleak planet for some fun and games. Okay so Wesley isn't an officer yet but whos counting? Tasha Yar misbehaves and gets banished to a penalty box, poor lass! For a while its seems like Riker is a tad reluctant to use his newfound omnipotence.
What follows next is a bizarre twist with uniformed Napoleonic "creatures" not in any mood for the usual Federation small talk. Interestingly enough Q stated that the game would be completely unfair and I'm cool enough with this logic because the idea was to use 'The Game' to tempt Riker into the Garden of Eden... Except for one little detail. Why didn't Q disable Rikers phaser? Do you think Riker will use his powers and play Q's deadly game?
Play long and Prosper, Trekkers!
Posted by SpacerGuy at July 08, 2011 2 comments: