In Star Trek's 163rd TNG episode, "parallels, a victorious Worf returns from a bat'leth contest having won 1st place and a trophy to prove it. He soon realises hes shifting through parallel universes after a runners up booby prize changes his mind. In a sweet twist, it turns out Klingon Worf is married to Counsellor Deanna Troi, except wheres the fun when you can't remember. 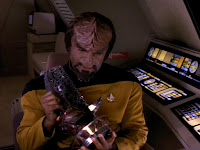 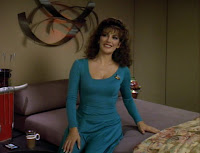 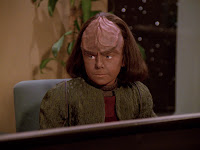 The USS Enterprise NCC 1701-D's clever android, Mr Data figures out a quantum fissure allows Worf to move through time. A trail of clues point to Chief Engineer, Geord' La Forges Visor affecting Worf's key energy signature in alternate quantum realities. So now the plot thickens when Worf returns, the Klingon remembers mating with dreamy Deanna Troi. He obviously sees her in a totally different light, why? because they were lovers in another reality and had a son!

Whats the name of Worf's son in the alternate reality?

In Star Trek's (TNG) 63rd episode "Yesterdays Enterprise" a cool ship from 22 years ago time travels into the future escaping certain destruction. In a remarkable turn of events Tasha Yar is still alive, the USS Enterprise NCC 1701-C isn't destroyed and Klingon/Federation solidarity in the 24th century simply doesn't exist. Why? All because one Federation ship skips through time and drastically alters the future. For the most part temporal time rifts/paradoxes are pure head melters. The past is the future, the future is the past, go figure. The fun begins when we discover the USS Enterprise NCC 1701-D isn't a ship of peace but of WAR! 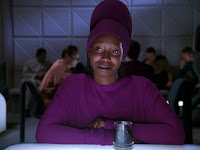 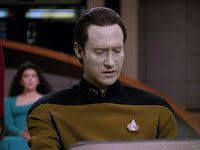 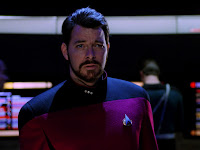 "To this day I do not understand "Yesterday's Enterprise." I do not know what the f*** happened in that episode."

2. Brent Spiner aka Android Data or


If you really want to know skip ahead to 1.12sec. Otherwise, guess right and prosper, trekkers and trekkies.

Where No One Has Gone Before - Star Trek TNG Quiz

In Star Trek TNG 6th episode "Where No One Has Gone Before," an ill fated, freakish warp-drive experiment catapults the USS Enterprise NCC 1701-D far beyond known Federation stars, 2.7 million light years away! How cool is that? The crew of the Enterprise-D are in new uncharted territory, Galaxy M33 to be precise. You might say its getting a little dicey aboard the ship. Somehow the power of human imagination is distorting time in the physical universe, freaking out the Enterprise-D crew who begin to see and hear things which aren't real... 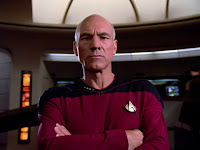 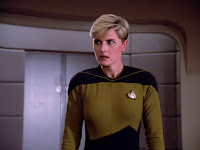 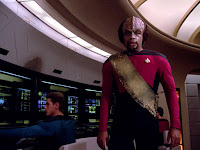 Which TNG bridge officer met their deceased mother played by Herta Ware, who appears in the corridors of the USS Enterprise NCC 1701-D?

Star Trek Beyond directed by Justin Lin (8th July 2016 release) is shrouded in mystery. Story is key to a good movie, so why do action packed space adventures expanding into the cosmos score big at the box office? Remember Guardians of the Galaxy? It made a cool $774,176,600 worldwide.


Star Treks thirteenth movie is currently filming in Vancouver, BC, Canada with all the regular cast. So far the movies wild cards include Idris Elba, Sofia Boutella and Martial Artist Actor, Joe Taslim. Unlike the Dark Knight, Doctor Strange and Thor - heroes in Star Trek can hardly cape up to save the galaxy. What about the villains? Is Idris Elba getting his Klingon on for the movie?

SIMON PEGG: That’s not true…I heard there’s a rumor he’s [Idris Elba] been spoken to about stuff, so he may be in the film, but he won’t be a Klingon or maybe he will.

Shoot, so much for Klingons being in the big picture. Apparently the crew of the USS Enterprise NCC 1701 are going to new parts of the galaxy and meeting new species, so it's unlikely to be a Klingon-verse movie.


JUSTIN LIN: It’s all new and fresh. The Klingons, Romulans and other species are great, but it’s time to go further. It has been fun to focus on creating whole new worlds and species.

It seems Sofia Boutella has been chosen to battle Star Trek's fearsome villains. No biggie really, you should see Gazelles gymnastic moves in Kingsman: The Secret Service. She's the perfect killer machine for engaging rebel forces in Star Trek beyond.

I love the idea Boutella's character having secret abilities to reverse Star Trek's altered timeline. Will planet Vulcan or Romulus make a come back? Whos playing the lead villain, I wonder? Any ideas? Heres a list to confuse us even more....

Its over to you trekkers, trekkies and bloggies. Whats your best guess?
Posted by SpacerGuy at August 10, 2015 13 comments: 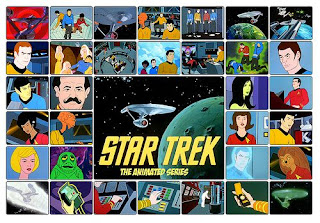 Its Zee end of Star Trek Animated Blogfest with Armchair Squid, The Geek Twins and Star Trek Sci Fi Blog.  I'd like to salute every blogger who high fived us during the Blogfest. I had a great time, didn't you? Its been fun which is why we do these blogfests again and again.

Heres to the Galaxy's Greatest Ninjas, Bloggies and Trekkies who beamed by to say hi! 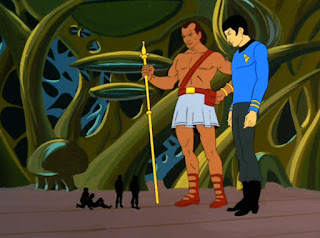 Three years after NBC cancelled Star Trek the classic series, studio executives admitted they had made a mistake. In 1973, Star Trek was resurrected and the Animated Series was born. Often referred to as the "fourth season," trek's " saturday morning" cartoon featured most of the original cast aboard the USS Enterprise NCC 1701 minus Ensign Chekov -  Being a good sport, Walter Koenig wrote "the Infinite Vulcan" 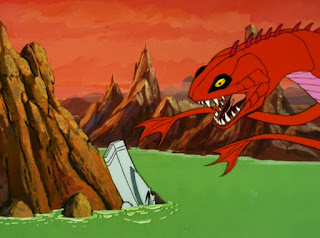 Apparently the cast mailed in their voice overs from separate cities from around the world. Its fun knowing Nichelle Nichols and Majel Barrett voiced a total of 30 parts between them. The shows creator Gene Roddenberry teamed with Television Writer D.C. Fontana who got the shows story editor and producer job, hardly surprising considering she fleshed out the scripts and wrote Yesteryear. 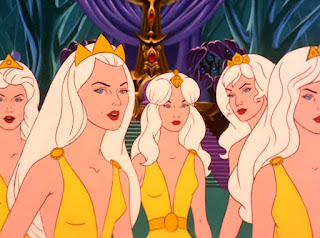 Once the TV network NBC gave Filmation the green light, Star Trek's shortest ever "Five Year Mission" beamed onto black and White TV sets with William Shatner's boldly going monologue. At a cost of $75,000 per episode, fans can enjoy exotic creatures, amazing artwork with a mix of interesting stories.

Today Star Trek The Animated Series is just a few clicks away. Depending on your fancy, remastered boxsets or original footage with black dirt, hair and mismatched colours of the 70's can all be yours, for only $14.58. So if you haven't seen TAS, then I highly recommend the experience. The 4 disc boxset has lots of tasty bonus features! 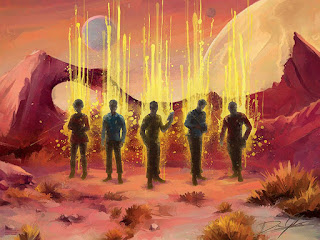 Got a favorite/worst Star Trek animated episode?  How many alien voices did James Doohan "Scotty" record during the course of the series? Isn't it cool Romulans, Klingons and Vulcans put in an appearance, which one is your favorite?