“The build up to the show’s premiere led us to a record-setting month, week and ultimately day of sign-ups. The second week of the series has also exceeded our expectations and is a credit to the brilliant and dedicated work of the show’s entire creative team and cast. We can’t wait for fans to see what comes next for the U.S.S. Discovery and its crew.”

Nichelle spoke with Martin Luther King and "Sucker" for Star Trek, Barack Obama at the White house during his presidency on the 29th Feb 2012.

She tweeted this image for Fans to enjoy from all walks of life. The reason Star Trek has endured is because of the stories and characters, long may it continue.

@NichelleIsUhura told me 'It's yours now. Enjoy the ride.' @SonequaMG at the #StarTrekDiscovery world premiere.

Its a thrill watching characters like Captain Philippa Georgiou, Captain Lorcan, Michael Burnham, and Uhura or any ethnic bunch of creative people in Science Fiction boldly going forward with grit and determination to solve problems and succeed.

The result? Now we have a new Star Trek TV show streaming worldwide. But you can't please everyone. Below you'll find Several Star Trek trailers to play inside the USA and others will play outside the USA. The rest are International trailers for you to enjoy. So you won't be disappointed. Apparently, lots of viewers are signing up for the CBS streaming channel! Star Trek lives!

What do you believe are William Shatner's 1 in 10 chances at resurrecting Prime universe Captain James T. Kirk in Discovery's timeline?   10 = Yes,  or   1= No chance

What say you? yeah you!
You're a trekker aren't ya or are you a trekkie? These aren't dirty words, speak up, you're normal right? so be heard! President Obama considered himself a trekker, so don't worry its cool to be a trekker just like normal people. 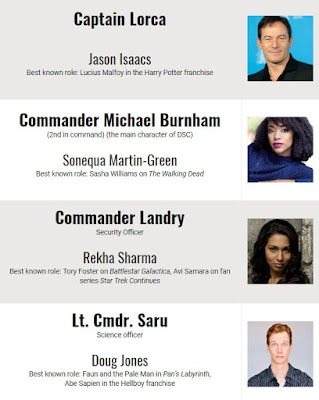 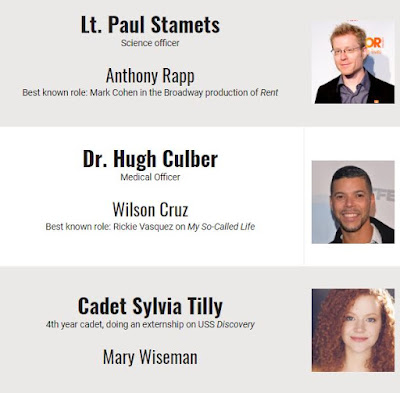 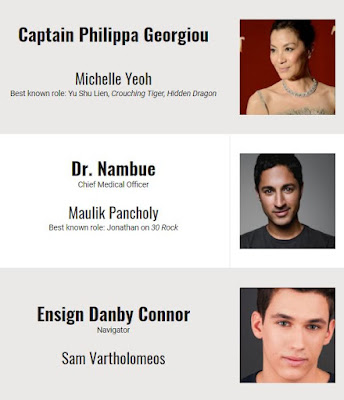 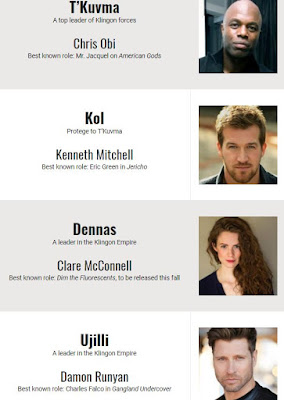 WHAT ABOUT THESE GUYS? 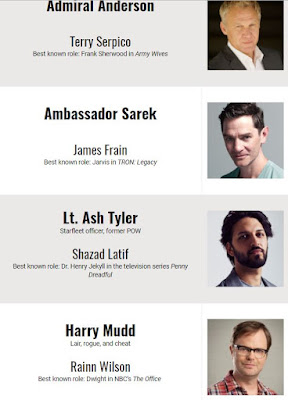 
Heres a trailer for the 5th Star Trek Disc episode "Choose Your Pain" Oh No, Captain Lorca gets kidnapped! Unfortunately, our Discovery captain becomes the latest torture chamber victim caged behind a forcefield. Yeesh, what Dr Voodoo doing with his eyelids, eh? Its great sci-fi drama, to be sure.

Meanwhile, another life form looks extremely tormented. Is the creature a monster or can he talk? Low and behold, who does Captain Lorca run into but charming slippery con-artist Harry Mudd!! Will the creatures sacrifice turn Mudd and Lorca against each other or force them to collaborate? 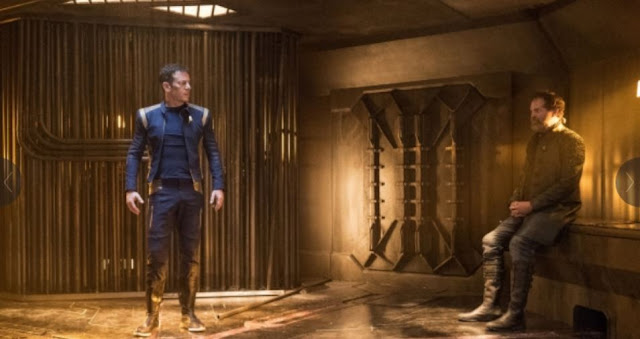 Can Mudd's misbehaving ill deeds help this two plot their escape, now the game is afoot!

I'm not going to spoil the fun on you, so sit back geek out and enjoy the ride. have you decided yet, CBS or Netflix? - You can check out the vids below, along with the link to CBS Star Trek Discovery website which has all the latest about this week's newly released episode, and other updates about the series.


TEN YEARS BEFORE KIRK SPOCK AND THE ENTERPRISE (CANADA)


TEN YEARS BEFORE THE ENTERPRISE THERE WAS DISCOVERY