Hi Trekkers, Thank Alpha Centauri I had Starfleet Technical Manuals and didn't get stranded light years away from earth. You can never be too sure about fused dilithium crystal converters on starships. So here I am with the latest Trekker news. 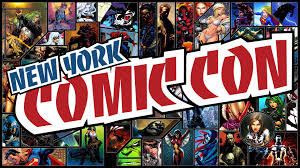 Star Trek star Sonequa Martin Green will be there also to update everyone on Discovery's latest season. All hands now Trekkers. Who gets your vote Discovery or Star Trek Picard?

Unfortunately I stopped watching both during their second seasons. I did watch all of the first season of Strange New Worlds though.

I was so happy to hear about Picard's third season. Looking forward to it.

Good to see another post from you. It has been a while.

I think it would be interesting to meet Patrick Stewart.

Sorry, I haven't been watching. My mom would've watched Picard though. She had the hots for Patric Stewart.

Never thought I'd say this, but I was pretty disappointed with the last seasons of Star Trek Discovery and Picard. Especially Picard. If it wasn't for Strange New Worlds, I would've cancelled my subscription with Paramount. But I'm paid in full until June 2023, so I'll keep watching whatever they got to show!