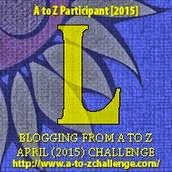 L is for Lenara's Logical Love but who is she? Lenara Kahn became totally acquainted with Jadzia Dax when she "Rejoined" with her former host aboard Star Trek's Deep Space Nine. These two beauties made out! Believe it, LOL.

The reunion made a very distinct impression. While controversial theres a perfectly logical reason why this happened. Want to know more? Of course you do. Star Trek Fans love Terry Farrell at Star Conventions whose "Trill" beauty spots are a great topic for conversation. How many do you think there are?
The real real dark horse is Susanna Thompson who plays the trill Dr Lenara Kahn. Born on the 27th January 1958, Susanna is a women for all seasons playing four characters in the Star Trek's universe. Most Notably the Borg Queen in Star Trek Voyager’s “Unimatrix Zero," Part I and II starring also in Voyagers “Dark Frontier."

Thompson plays “Lenara Kahn” in DS9: “Rejoined”, the inmate “Jaya” in The Next Generation’s episode “Frame of Mind” and the Romulan “Varel” in “The Next Phase” (TNG).


"....it was nice that Avery (Brooks directed) brought us in to meet each other. And I feel like I'm a pretty comfortable person and she certainly was, and Avery wanted us to have that contact. She was great to work with. I just loved it."

Susanna Thompson and Terry Farrell went all out on making "Rejoined" exciting and wild.

How many spots does Lt. Commander Jadzia Dax have? Are you a fan of Deep Space Nine?

Trill Long and Prosper, trekkers.
Posted by SpacerGuy at April 14, 2015