Beyond Star Trek and Star Wars

1. It seems the Star Trek kid is keeping stump, curse him.
2. We do know Sofia Boutella and Idris Elba are getting their alien on for the movie.
3. Fiona Vroom is playing the Green Orion Girl.
4. Joe Taslim, Lydia Wilson, Sofia Boutella, Idris Elba have Top Secret identities according to IMDB.
5. Star Trek Beyond has Twenty Five stuntmen and women.

The latest news is Captain Kirk's USS Enterprise NCC 1701 is departing at the end of STID to primarily explore new worlds and civilisations.

"They (USS Enterprise NCC 1701) haven’t really gone on their five-year mission, so what we experienced in the TV show hasn’t been touched on yet. That sets up an opportunity for exploration and the deeper you go, the more you are examining humanity.Those are the things that I absorbed as a kid and hope to tap into and embrace and celebrate."

QUESTION: So which universe are you hoping for trekkie, G R Prime-verse or Abramsverse?

Which epic empire, Star Wars or Star Trek deserves to rule supreme over the entire Galactic Federation of Planets? “Star Trek,” which will celebrate its 50th anniversary in 2016, is one of the most successful entertainment franchises of all time. So don't let that influence you. 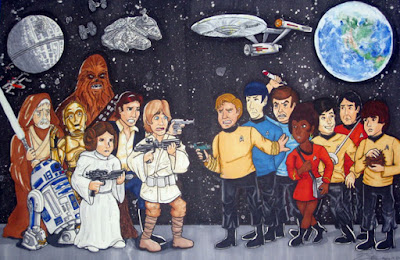 What is your final say? Which movie is going to cry havoc at the Box office and let slip the dogs of war!  Live Long and prosper, Terrans.

It's officially official. Paramount Pictures, Skydance, Bad Robot and IMAX Corporation have confirmed that Star Trek Beyond will be digitally re-mastered into the immersive IMAX format and released in IMAX theaters worldwide beginning July 22, 2016.
Posted by SpacerGuy at November 30, 2015 7 comments:


In 1997 Dr Who had eight doctors and so did Star Trek. Heres Treks run down: Dr Philip Boyce, Dr Mark Piper, Dr Leonard "Bones" McCoy, Dr Christine Chapel, Dr Beverly Crusher, Dr Katherine Pulaski, Dr Julian Bashir, and the EMH - Voyager's Emergency Medical Hologram. If you include the EMH on the USS Enterprise NCC 1701-E then thats nine but wait what about Dr Who's Peter Cushing and Richard Hurndall?

So which sci fi genre wins? 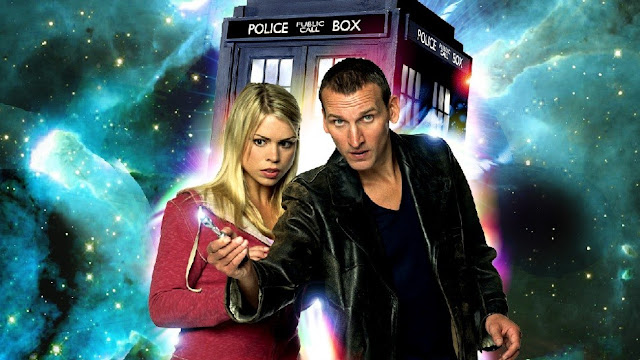 Given recent success with bigger and worse block buster movies and spin off TV series -  Which Sci Fi Genre, Star Trek or Dr Who has the most doctors?