STAR WARS THE FORCE AWAKENS has grossed $1.16 billion worldwide which cost $350million to make. Its so good people are seeing it three, four times - Go see it! 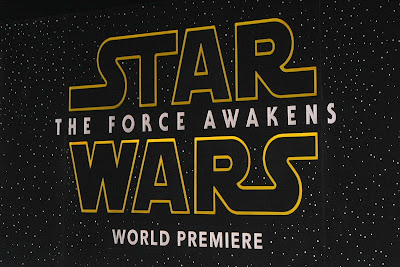 The movies world premiere took place at Los Angeles on Dec 14th with a razzmatazz of invited guests, Stormtroopers, Chewy, R2D2, CP3O, J.J. Abrams, George Lucas and legions of fans swarming up to the red carpet. The films movie director J.J. Abrams even got in on the action pausing to take a selfie of himself with some fangirls. 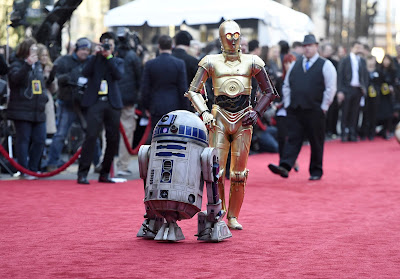 VERDICT? I must confess, the sheer size and attention to detail is amazing. The movie is mixed with an exciting new and spectacular old feeling which has made it a hit. So big in fact, Mark Hamill is warning fans not to fall for fake autographs. Heres a great shot of Star Wars 501st Legion taken in Singapore. Look how low pitched their rifles are slung. 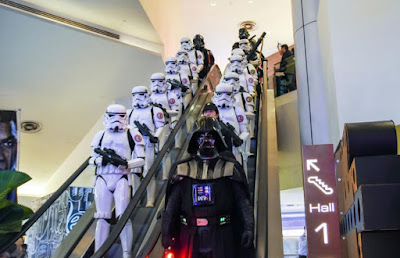 I guess Vaders Stormtroopers can't shoot it out with rebel factions at the opening première. Vaders advancing legion gives the Jedi a chance to break a leg and get the best front row movie seats. 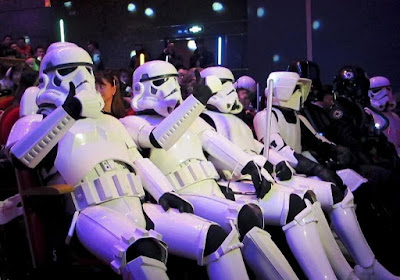 Hey these guys aren't Jedi's! What happened to the good guys? Were you one of Jedi or the Sith? Did you wear your uniform? Spot any Trekkies hiding in the audience?

May the Force be with You -  Live Long and Prosper. 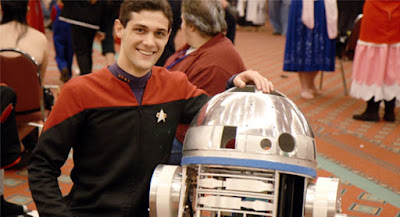 Star Trek Beyond's - trailer 1 is here, finally. Its showtime with the new USS Enterprise NCC 1701 crew tearing up some alien world and btw, they've gone and wrecked the bl**dy ship again!!! Earlier in the year we speculated the skunk lady (Sofia Boutella) would be contending with Star Trek's fearsome villains, WELL, we were right!


"This is where the frontier pushes back." Heres Idris Elba's character "Kraal" speaking from the chaos.  The dude actually looks like Satan.. (I reckon the reason Worf was so popular is because he looked real, fans liked the moving face and identified with the Klingon.) Kraal is a different alien altogether so you'll have to decide.

So now we've no ship, no crew and a bewildered Captain Kirk pondering his faith having stuffed up command for a 3rd movie in a row.

Seriously, does new age Kirk know what hes doing? LOL I sure hope Kirk doesn't turn out like Captain Nesmith in Galaxy Quest. Remember him? Hilarious - which likely points at where Star Trek Beyond is going into the future -

The world première of the film kicks off Star Trek's 50th anniversary celebrations on July 22nd 2016. Is Idris Elba's Kraal on a thrill to kill spree? Is it written in the stars for the USS Enterprise NCC 1701 to turn into a blazing fireball? 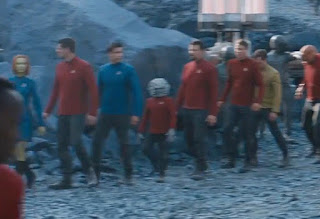 Will Keenser save the day? - I sure hope so, trekkers. Live long and Prosper!

Seasons Greetings Trekinators, Elizabeth is hosting a special blog hop at Liz's Random Ponderings today. You can join in for the geeky fun and sign up for the Christmas Joy Blog Hop here - Congratulations on your 100th post Elizabeth!

Maybe an alien geek or two will pop up out of a cake with some Saurian Brandy to quicken our heartbeats? The bloghop theme is simple: What makes Christmas Time special for you during the Happy Holidays?

The scoop over at the Hollywood Reporter, tells us now that the first trailer for STAR TREK BEYOND will debut ahead of STAR WARS: THE FORCE AWAKENS on December 18th giving Trekkers our first look at the movie, how cool is that?  More news to follow so feel free to spread the word at Elizabeths Blog

So heres my Christmas Bloghop theme - More or less an A to Z Star Trek alphabet soup of trekkie bits for you to Enjoy! Sorry I went a bit overboard but you did ask!


A is for adorable Aliens.
‘B,’ is for beautiful Betazoids
‘C,’ is for cunning Cardassians,
‘D,’ is for dumb Data, whose fingers reach an odd functional impass
And ‘F,’ is for friendly Ferengi Quark who runs holosuites to fulfill your fantasies
‘G,’ is for Goldberg who played gutsy Guinan in TNG, "That ship from the past has to go back!"
‘H,’ is for her Glory, Your Glory - Elaan of Troyius. Once infected you're hopelessly in love, forever.
‘I,’ is for illuminating Ilia who teared up when they shaved her hair off (for Star Trek's 1979 Motion Picture) but at the end of the movie, Decker and Ilia light up like a christmas tree.
‘J,’ is for Jamaharohn
‘K,’ is for kissable Kamala who shares her
"L"ove and bonds with only one of her chosen few. Tough job for Picard resisting her advances!
M is for Mars Defense Perimeter Ships which sounds fantastic! Truth is the Borg swatted them like flies.
N is for Number 1 - You know, (The guy who crashed the USS Enterprise NCC 1701 - D by crashing her into Veridian III.
"O is for "O Sh*t!!!" Brace for impact" - Pity Obi Wan wasn't aboard.  - Wheres Picard's buddy Q when you need him?
P is for Psychokinesis Star Treks powerful Platonians have the ability to move objects.
Q is for the quintessential Q with an IQ of 2005.
R is for Picards Ready Room. Here, Beverly and Picard get friendly in the Captain's office
S is for Security Guards - redshirts usually get snuffed out on landing parties.
T is for thousands of cooing furry tribbles delighted to see you and be friends!
U is for Ugly Giant Bags of Mostly Water, hehe Thats us.
V is for Velara III - Microbrain lifeforms beamed aboard Picard's Enterprise.
W is for "Working"  - regularly spoken by the onboard computers voiced by Majel Barrett.
X is for Xeno - originating from the Greek meaning strange. Remember Apollo? You will worship ME. Captain Kirk was not impressed.
Y is for yikes, Yellow alert How would you feel about performing for the amusement of a Mastercomputer?
Zats all folks.

I sure hope you enjoyed the Christmas Joy Star Trek buzz. Which letter is your favorite?

Live Long and Prosper and don't wear a Red Shirt, So spread the word... Merry Christmas friends, heres to the Galaxy's Greatest Earthies, Trekkers and Trekkies!

CBS is giving the United Federation of Earthers something to celebrate about on January 2017. So now we've got a new Star Trek Series in the pipeline. Are you excited? but heres the catch..... The show will only be available on the CBS Streaming Channel which costs $5.99 a month. So prepare yourself friends, the word is out.

We can expect "new characters seeking imaginative new worlds and new civilizations, while exploring the dramatic contemporary themes that have been a signature of the franchise since its inception in 1966." 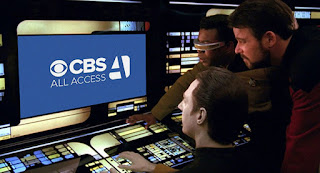 Will you be taking the plunge and signing up for CBS All Access? Which TV/MOVIE/VIDEO entertainment streaming services do you prefer?  Where do you get your Science fiction kicks?

Is live videogaming your gig? Then TWITCH is for you because theres plenty to see and do on Twitch. The app is free on most platforms: IOS, ANDROID, XBOX ONE, PS4, CHROMECAST, AMAZON TV and is boldly twitching where no app has gone before!