The new Picard series is receiving trekker jubilation faster than light speed. First of all isn't it great seeing friendly Captain Picard again? Now 14 years on, retired Admiral, Jean Luc Picard (Patrick Stewart) is aboard the USS Enterprise NCC 1701-D at poker. All is not what it seems in "Ten Forward" because we're seeing Picard's dream..... in a 2399 plotline. Isn't this a warp back in time?


Studying Picard is positronic superwhiz "Data" (Brent Spiner) as they both bet the odds and play poker. Data beats Picard with a flush only its not over 'cos like suddenly beyond the spatial safety of the galaxy class flagship, Mars lights up on fire.

The new Star Trek Picard premiere is filled with plenty of action packed entertainment and a stylish cgi USS Enterprise-d starship which veers over to one side and when Data disappears Picard wakes up. Its fair to say enemy rogue androids set the thread in this first episode  "Remembrance." These synthetics move in for the kill targeting Mars snuffing out lives without even opening hailing frequencies!


A matrix of mystery surrounds the synthetics attacking Mars and the strike force Dahj encounters in this episode.  Why Federation outrage ensues, Hunting sentient "synthetics" to extinction was unheard of right?

Picard quit Starfleet soon after because, as he says to the rather annoying reporter in anger, "Starfleet was no longer Starfleet."  The cinematic effects are pretty cool blazing away through the Enterprise-D windows. I have to admit Picard has cool dreams, haha

There is I have to admit a lot of back story here with strong characters. Picards dreams trying to reach out. Greater Boston area and then Picard's Chateau. Dahj (Isa Briones) is the first intended victim. Curiously like an android possessed she activates and slaughters her would be assassins, but like she kicked their butts -

"ahhh she's activating!!!" meaning Dahj killer android instincts come online. Tragically she never knew about her "synthetic" abilities or came to grips before the reality of her android identity is broken to her by Jean luc Picard.

Of course time catches up and the killer Federation assassins zone in on Picard's and Dahj lifeform co-ordinates. Some might say running isn't the admirals specialty anymore, so keeping up is a major drag on the old guy. Picards face contorts in shock as he realizes Dahj is fighting a losing battle against the synthetics.

Theres little he can do and Dahj fights moving cutting through the air faster than you can see until one of the Federation assassins gets her....she melts and explodes dying horribly before Picards eyes......

The awesome logic of this epic tale is androids are made in pairs. Data, Lor, makes sense right? Turns out Dahj has a twin sister Soji,(Briones) aboard a Borg Cube run by Romulans packed with warbirds.

A. What did you make of Picards pet pit bull, No 1?
B. Do you get a sense that alien borg cube is lurking in deep space for a reason?
C. The Federations moral compass has changed, assasins out for blood, is not very diplomatic or, "we come in peace" friendly, is it?
D. Data emotion chip kept a tight reign on experiencing terror and overt emotionalism. Do you think Soji has an emotion chip?
E. Whatever happened to Bruce Maddox?


Star Trek PICARD is a global inspiration for movie audiences. The "Picard" series got the red carpet premiere in Los Angeles on the 13th Jan, 2020. Local fan clubs, press and lucky trekkers lined up with invites to the Arclight Cinema Dome, later enjoying the first three episodes of Star Trek Picard. 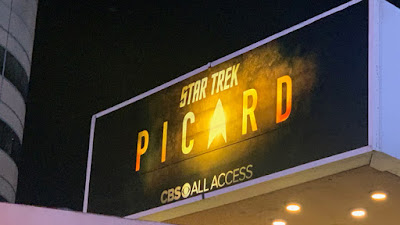 Jeri Ryan said "it’s indeed very cinematic and feels like you’re watching a movie. However, the cinematography doesn’t take away from the plots that are being established." 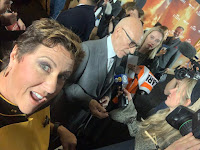 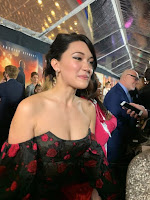 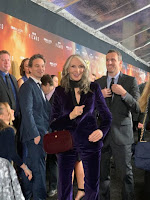 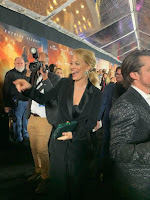 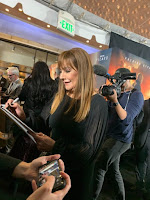 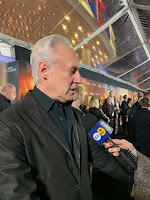 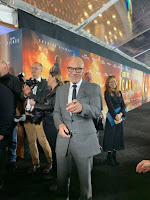 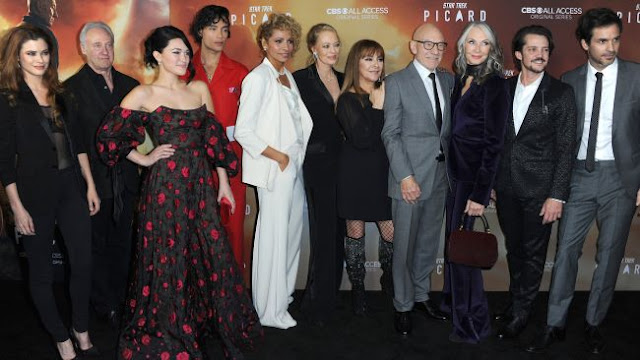 It was awesome "dancing doctor" Gates McFadden beamed by to say Hi!, her nickname never stuck but Dr Crusher definitely left her mark in Star Trek TNG. Paramount honcho Rick Berman and Rod Roddenberry checked in for the premiere with Star Trek Discovery's Wilson Cruz along for the trek. Two days after the Los Angeles Premiere, many of the cast and crew were in London for the UK Premiere. While trekker reactions were mixed, reception to the premiere was a big hit!

When do we get to see the Star Trek Picard series?

Its Starfleets first and foremost rule - a principle of noninterference with Federation races and cultures, a rule born from painful historical experience. Apparently Starfleet is very serious about the Prime Directive and doesn't like it being violated.

So while the USS Enterprise NCC 1701-D checks out catastrophic volcanic geothermal activity in the Selcundi Drema System, guess who's fooling around with the hailing frequencies and its not Uhura aka Nichelle Nichols!!


Nope fraid not. Its our friendly android, Lieutenant Commander Data aka Brent Spiner! so what could possibly be going down while he's extending the ship's sensor range?  a female voice from space speaks.... Is anybody out there? Her name is Sarjenka. All DATA had to do was keep quiet.... instead he says YES! Now, Captain Picard has problems.

Lets face it, Picard isn't over the moon when he realises - Data has ignored the Prime Directive. It's broken man! Now what are we gonna do? Its game over man - haha ok not quite. The female voice, Sarjenka talks to her penpal Data over the Enterprise-D comm panel and Picard listens fuming 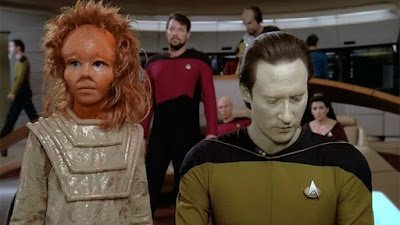 Help can be given if asked for which shoulda coulda maybe, really, didn't happen. Its interesting because here's an android not supposed to be swayed by emotion... yet Data kept the "Penpal" communication going for 6 weeks! why? Then you've got Picard who says "Data I want you to sever all contact with Drema 4."

Could you have flicked the hailing frequency off?
Was Data right or wrong to break the Prime Directive?
Picard acted on overt emotionalism, exactly the type of thing the Prime Directive is designed to prevent.
Is Picard emotionally out of control in Pen Pals?