Hey trekkers Spacerguy here. The good 'ol Enterprise-D TNG days were really still in their infancy with the Romulans plotting and flourishing in the shadows. So now, Klingon Warrior to Romulan, do lets be honest now, Picard's getting all friendly with Romulans,  good thing eh we know more about Worf', Kimpec and Gowrons family bloodlines eh? Just saying like, our ex-Starfleet friend is bound to run into trouble sooner or later with aliens being aliens. 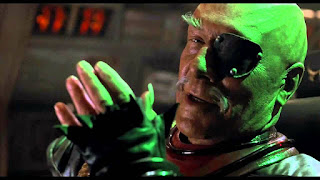 So now whats Picard going to do? No longer an Admiral or captain of a starship, our friend takes us on a voyage to planet "Freecloud" for heavens sake!!! What do you think of this change in Picard's status? 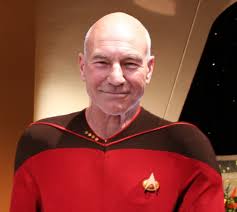 Following the clues, Raffi one of Picards recruits on the Sirena tracks Bruce Maddox see, remember him? The guy so enthused with dissecting Data in Star Trek's Measure of a Man to build a whole army of Datas (which turned out to be a showcase trial episode). Riker as prosecution using cutting words putting sythetic dignity up for total scrutiny. That was Maddox TNG but has he succeeded on some other dynamic? 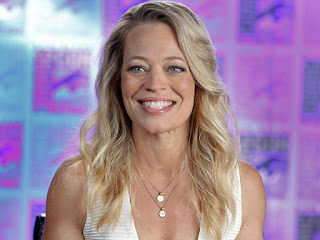 Turns out Picard orders a stop-over at the planet Vashti, where Picard and Raffi took Romulan refugees 14 years previously promising, promising, promising. "The Federation....." Upon arrival, Picard finds Elnor (Evan Evagora), a young Romulan fighter he befriended during the relocation. All is not happy families. Meanwhile, Narek continues flirting with Soji while Narissa’s impatience grows with this lark is going on in the Borg artifact. 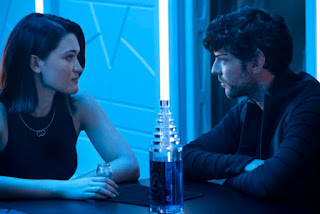 You get the gist, admiral Picard is on a mission except it gets dicey eventually on Vashti. Trouble is moral fortitude and the benefit of logic falls on deaf ears when faced with cheesed off aliens. Time to,  beam me up, Rios! Guess who else after a battlefight with a Klingon Bird of Prey? Seven of Nine! Who Hooo, Let the games begin.

Live Long and Prosper Trekkers
Posted by SpacerGuy at March 04, 2020

I haven't been able to watch any of the episodes since I don't have a subscription.

I've heard allot of negative comments from the purists out there however, speaking as a 63 year old i'm enjoying the one last hurrah of an old man....

And it just keeps getting better! Can't wait for tomorrow's episode. It's really like to see Seven of Nine get her own show now as well.

Enjoy it to the max - as I am sure you are/will.

Sounds like a complex narrative. That's a good thing.

Don't worry Donna you can always trek over here and we'll bring you up to speed.

I am enjoying the new Picard.

Patrick Stewart is a real wildcard now his rank doesn't mean squat at Starfleet anymore. You see Don, Johnathan Frakes who directed this one has only scratched the surface.

I love Picard. Back when Next Gen came out, my mother had such a crush on Patrick Stewart.

Jeri Ryan is two years older than me Alex and so amazingly beautiful for her age. Shes got the talent all in the right places, brains and personality.

Its a whole new Star Trek series EC with the "likable" TNG actors training in the new picard characters which is making this Star Trek show a smash hit!

I enjoy watching Star Trek Picard which has a lot of interesting dynamics to the plot, its continuous too. The Dahi and Sohi thread, Data, Seven of Nine, Picard hanging his Starfleet spurs up, Romulans-jKlingons, synthetics and the Borg cube.

So am I Juneta, its all happening now!

Sir Pat Stew OBE has the make it so factor which people love. His Hollywood Walk of Fame is 20 years old- and like his achievement awards speak for themselves. Engage!

I haven't started Picard yet, but I can't wait to catch up!

Star Trek lives! how could it not? so many trekkies
and loved your post with words of wisdom from Isaac Asimov - one of my idols.

also wanted to thank you for stopping by my Beast World campaign!
trek on!