Hi Trekkers, Spacerguy here. Did you get to see Star Trek Picard on the Sci Fi channel? CBS, Netflix or Amazon Prime Video? cos like now you can buy it on dvd. Millions of Star Trek fans were thrilled when treks famous Captain Picard took the reigns once again to protect Starfleet and Federation trusting interplanetary citizens but it is different....

I reckon trekker reactions to the cyborg killing spree on the red planet definitely left most of us stunned in our seats. lol  Theres lots of trekker wallowing on IMDB while conversely others just loved the show. 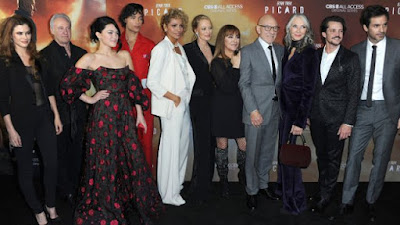 Mars as a fully operational base got me excited but then that sub-plot ended with a big flash and a bang. I mean talk about stealthy killer synths on Mars, but what was kinda missing was intelligent analytical science. Stuff like1g artificial gravity and robust shielding against dangerous radiation from space you know the stuff that kills you but hey these automatons were just sophisticated silent space monsters, right?.😄 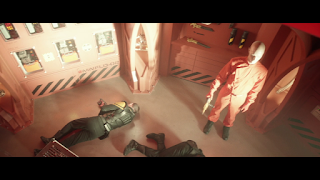 Then you've got the threat to the hero Sirena spaceship but hey just some fancy dorking around with a 3d computer display and all systems restored, no mention of gigawatt-class propulsion, anti matter engines or deuterium fuel running out. Looking back now, it occurs to me with several writers involved in creating this magnificent enterprise being geeky writers had to have read up on this from somewhere! Do you see what I'm getting at?? 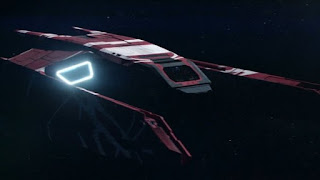 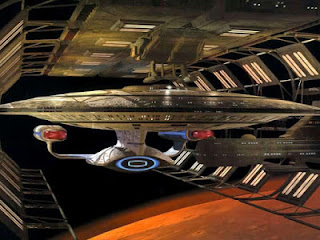 Still, bringing in the classic TNG actors was a blinder with co-stars Michelle Hurd and IMDB filling in the gaps. So much was right about it despite encounters with traitorous Zhat Vash Federation spy Commodore O. That said the goal was simple and SirPat said this - we're not going to see the crew of the Enterprise again:D  sniff.😐 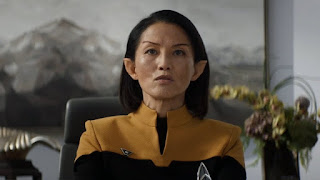 Star Trek Picard is a shake up and it challenges our moral trekkie core beliefs, but we've got to stop wallowing. This is the age of mobile phone instant gratification. I enjoyed Picards fascinating outlook on Star Trek empiricism. So its a little Star Warsy but brave of Patrick Stewart and co-stars to test trekkie waters but QUESTION: Will Tarantino changes like these pay off in the cinemas?

Is Star Trek Picard all good?

The Articles of Federation - for or against?

Do we need more killer cyborgs and Zhat Vash tricks of the mind in the show?

I think they've covered cyborgs enough but we'll see when the next season comes out. Lots of things they could have Picard and his new crew doing.

Oh, and that clip of the cast was just awesome.

I've really enjoyed Discovery, Picard, and Lower Decks, but I am a little disappointed that the writers have strayed away from scientific accuracy. These shows are much more like Star Wars in that respect.

I really enjoyed Picard even though they killed a few great guest actors from the past like the kid from Voyager and Hugh. Hugh should not have died. It was a a lot fun to watch this new show and I like the characters especially the pilot. Yeah for 7 of 9 to be on this too.

I really liked the show. You could see it on the SciFi Channel? We can only get it here if we subscribe to CBS All Access (which was doing a free month amongst the COVID lockdown, so I succumbed).

That was so cute they all said they geeked out when meeting the original cast members! I loved Picard.

Star Trek Picard is a reflection of the uncertain gritty futurism we're all living in right now James and its not all good. The accumulation of things, eliminating hunger, want and greed is still with us.

Yeah so much parting is such sweet sorrow. I couldn't believe it when Data got snuffed out of the show. What a killer that was but then Spiner had a few characters so what if Birgit.... drumroll... Lore is Back!

I just did my homework and discovered that Star Trek Picard is everywhere Liz. Fans are spoilt for viewing providers so I've listed the main ones above, Netflix does the one month deal too which is neat. Some countries like Canada only have the Sci-Fi Channel and Crave TV.

Its always such a buzz to meet any of the classic Enterprise crew, I've met one myself so it is a big deal.

So, TNG's "Booby Trap" is my featured episode this week. I remember you saying it's your favorite - interesting choice. I take it you're a Geordi fan?

Great stuff Squid I wrote a piece over two years ago, here. First Kirsty and then Leah Brams (and the classic slingshot by Picard except I never wrote the part 2.) but don't blame me! It was the ladies fault, they distracted me. I also wrote Geordi La Forges Warp Core in 2007 which should really be classed as a scientific paper.

This was a great first season by any measure.

It would be cool to meet the original cast members of Star Trek!

Great Geordi episode but really, they're all great Picard episodes, aren't they? I mean, the slingshot...

Yes Tony, Star Trek Picard has a lot of goodwill from tng and charm combined with interesting sub-plots which aren't boring - the show is establishing and exploring new frontiers boldly going...

Star Trek greatness is out there Sherry - why even Data's ghost came back to chat with Jean luc Picard. If memory serves you can chat to original cast members online.

I love the TNG Star Trek science in Booby Trap which makes it so deserving of scientific analysis. I'm sure trek has already gone over this but its always fun to revisit.