On July 2016, CBS Studios International licensed the series to Netflix for release outside the United States and Canada, a "blockbuster" deal that paid for the show's entire budget. At around $6–7 million per episode, the series' high allowance is attributed to the importance of Star Trek as one of CBS's "crown-jewel franchises", and CBS's need for the series to be "the marquee selling point for subscriptions" to All Access. -wikipedia- 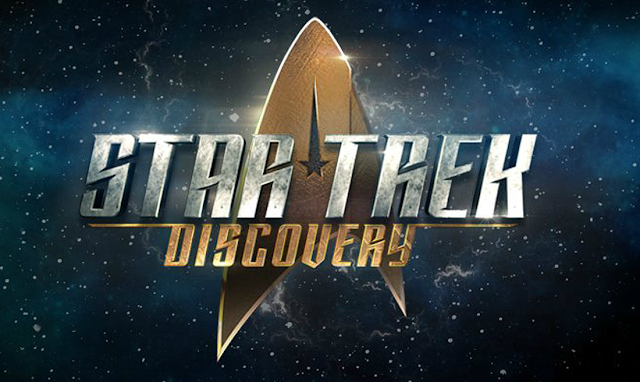 The question remains what type of Star Trek series are Star Trek fans getting? Well Trekkers, its trek showtime! Feast your eyes on Discovery's heavy hitters rocking the universe. So what are we getting? BATTLE STATIONS! RED ALERT!!!!


In the real world Discovery is loaded with tons of acting ability but what about personality to boldly flesh out Gene Roddenberry's action packed optimistic future? .....filled with humanism, and desire to reason out strange unknowns stacked against incredible alien odds when racing against time at emergency warp speeds,

Here are some classic series examples:  The Devil in the Dark, The Trouble with Tribbles, Amok Time, Arena, Mirror Mirror, and of course City on the Edge of Forever.

Trek's "50th anniversary" San Diego Comic-Con, revealed Star Trek Discovery has been developed with the Prime Timeline in mind to keep current movies and the now seven TV series completely separate. To boldly go where no-one has gone before!

The video action sequence of "Captain Georgiou of the U.S.S. Shenzhou" proves shes definitely in the middle a crises. She will I believe have to "Picard her geekspeak up" If Georgiou expects to communicate to dark alien life-forms without even firing off a shot!


"Forget the Picard, "Kirk" attitude is required here, which is exactly what First Officer, Lt Commander Michael Burnham (Sonequa Martin-Green) of the USS Discovery is yelling about. "WE TARGET ITS NECK AND C*T OFF ITS H**D!" okay so she can be forgiven for having an emotional outburst about taking drastic measures... I mean, aren't these powerful words to hear in Star Trek?..... but that's Show biz!....

Is it possible for CBS producers to cross the line in Science Fiction? Is Star Trek Discovery appealing to a horror Sci-Fi (mature audience) with this sort of drama?

Now ask yourself....Why man has ceased squabbling, embraced reason, tolerance and rejected violence exercising goodwill, cherishing art and science, respect towards other lifeforms and is trying to spread a welcome spirit of humanity in Star Trek's current TV shows. Its not hard to believe why people would like to live or work in a decent environment like that. These were some of Gene Roddenberry's ideals depicting Star Treks place in the future.

Now with the arrival of Star Trek Discovery are we up ending the bottle of Sci-Fi Horror all for the sake of some fun and a few dollars more? Star Trek is one of the last barometer of the Wests Social justice for all but heres the thing...


Whose got the moxy to make the first move? How will these ANGRY KLINGONS react? BECAUSE they're definitely on about something, or is Starfleet's true blue diplomacy the answer.... 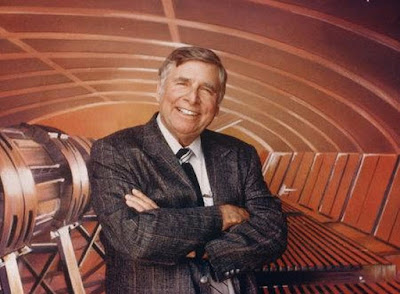 ...........like seriously would Gene Roddenberry have given the green light or Barrack O'Bama who's a "sucker for Star Trek" have given the Presidential Executive Order to fire on the Klingons, all for the sake of producing good drama?

AWWWW c'mon!!!!! Wheres our humanity??? on the other hand... should the USS Shenzhou OR the USS Discovery go after the Klingons? Is it time to set our phasers on KILL or STUN?

I'm kicking the ball over to you guys, so you decide but decide you MUST!
KILL or STUN the Klingons? Its a tough cookies if we get caught in the crossfire!


Is Starfleet's precious United Federation of Planets going to break its own Prime Directive? War or Peace? When Star Trek Discovery hits the airwaves later this year, trekkers can be sure this show will be really something worth looking out for.

Which side of Star Trek's human adventure do you want to see in a new TV show like Star Trek Discovery?

1. Where's our humanity or
2. Lets go find some Klingons and target Aliens for gunslinging practise?
3.  Suggest one of your own!

Who's the hottest female alien in Star Trek? Haven't you ever wondered? The Andorians in Star Trek Enterprise is a great place to start so lets get the ball rolling....

K'Ehleyr who wasn't a full Klingon,(father was Klingon/mother was human) was Worf's (Michael Dorn's) mate in Star Trek TNG and definitely among the sexiest!

Another Fan favorite by popular demand scored No.3 on ranker is our lovely Vulcan T'Pol from the Star Trek: Enterprise series. I didn't cheat, I chose these babes from memory.


Here are 12 Star Trek female Aliens to help you answer my sci-fi quiz below: (I've thrown in a curveball to see if I can catch you out, hehe)

1. Saavik (Vulcan) (Kirstie Alley) and (Robin Curtis) but which Star Trek movies established these celebrities in the glitz and glamor of showbusiness?
2. Derran Tal of the Varro (Musetta Vander)
3. Kelinda of the Kelvan (Barbara Bouchet)
4. Droxine of the Ardanan (Dianna Ewing)
5. Kellin of the Ramuran (Star Trek Voyager) (Virginia Madsen)
6. Carol Marcus aka Carol Wallace (Alice Eve) She used her Alien identity to gain entry aboard the USS Enterprise NCC 1701 with forged documents. I know, Alien Identity is a Technicality - she's totally human not Alien!
7 Kriosian females are quite sexy. Kaitaama was a Krios Princess who fell for "Trip" Tucker in (Star Trek Enterprise)  (Padma Lakshmi). That rogue bagged scored got all the dames including T'Pol!
8 Kamala (in Star Trek TNG).  (Famke Janssen) Poor Picard, the guy had to beat her advances off!  "Nothing. Nothing lies beneath! I'm... I'm really... quite dull."
9. Bajoran women are quite sexy what with Kira Nerys, Ro Laren and Leeta
10. The "Q" female Amanda Rogers, (Olivia d'Abo) who had believed that she was human
11. Jaylah  (Sofia Boutella) is introduced as a member of the "Jaylah's Species" but in which Star Trek movie? Remember Jaylah knows why we're all here!
12. Eleen of the Capella (played by Julie Newmar )

7 of 9 (Jeri Ryan) needs no mention, of course, 7 is very sexy -  despite being assimilated by the Borg, she's classified as a cybernetic human not an Alien but who's complaining?

Bronwyn Gail Robinson, played by Teri Hatcher, was a smashing looking human Transporter operator in Star Trek TNG. You may remember the outrageous Okona tried to charm her into bed.

Listed above are 12 of Star Trek's female aliens.

Who do you believe starred in these Star Trek Movies?

Here's a quick rundown on Star Trek Discovery. New starships, new characters and new missions boldly exploring wild futuristic adventures and designs. You've probably heard the series will be distributed by CBS in 188 countries worldwide on CBS "ALL ACCESS" later this year, apparently. Thirteen episodes are in preproduction but when will CBS deliver? The crew of the USS Discovery NCC 1031 continues to grow with new faces. So let's see who's signed up. 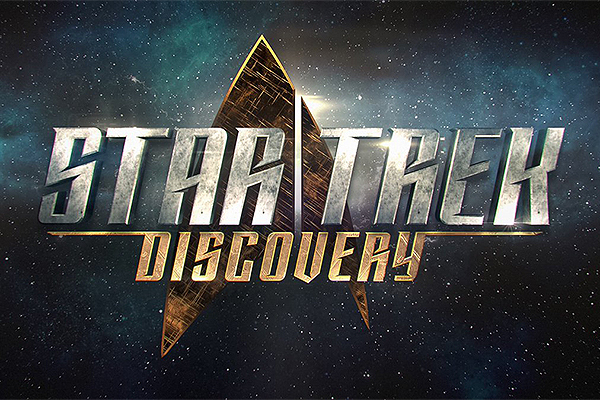 Star Trek just wouldn't be the same without the Klingon Warrior Way right? We need strength, combat, and brave aliens with ridges, spiky teeth ready to leap into action.


THE TRUE TEST OF A WARRIOR IS NOT WITHOUT ITS WITHIN!

1. Claire McConnell is Deannas playing a leader in the Klingon Empire. 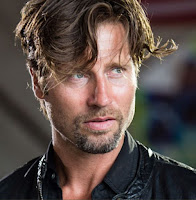 2. Damon Runyan is playing another Klingon "Ujilli" who is also a leader in the Klingon Empire. 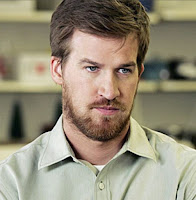 3. Kenneth Mitchell is taking over as commanding Officer "Kol" in the Klingon Empire - 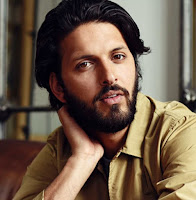 4. Shazad Latif was originally cast as Klingon "Kol" but he's been recast. Speculation has it, Latif is allergic to Klingon make-up. The latest is Shazad Latif stars as Lieutenant Tyler - a Starfleet Officer with unknown duties. 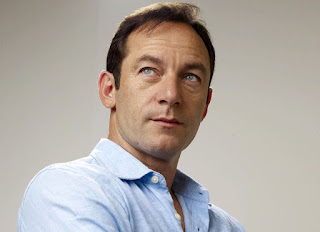 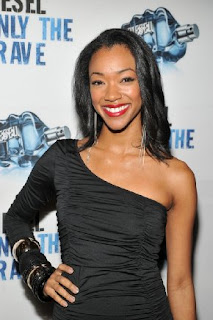 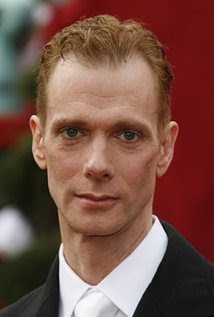 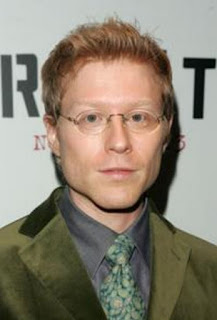 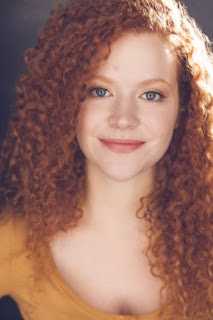 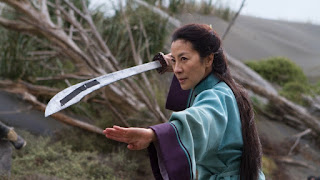 7. Michelle Yeoh is Captain Georgiou of the U.S.S. Shenzhou. 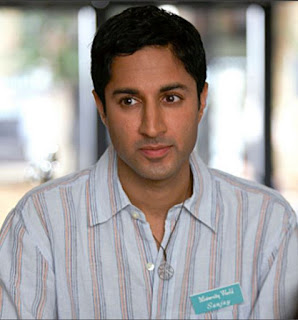 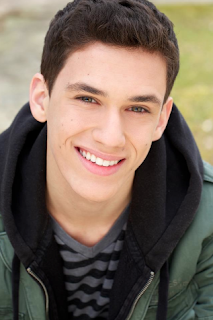 SENIOR OFFICER IN CHARGE OF THE DISCOVERY OR SHENZHOU IN STAR THE SECTOR. The UFP (2161) original founders included Vulcans, Andorians, Tellarites and Earthers. 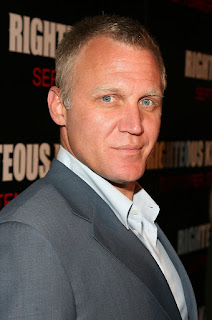 10. Terry Serpico stars as Admiral Anderson.   SO WHO ELSE IS THERE? 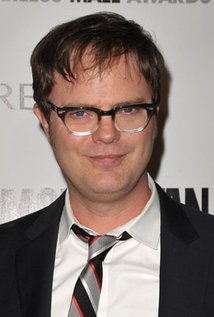 11. Of course, braggadocious Harry Mudd! That's who... we sure can't forget cunning, crafty, Harry Mudd. Rain Wilson has this honor! Restoring Mudd's beloved character known for all his fast slim-shady wheeler-dealer tricks Roger C Carmel established in Star Trek classic timeline won't be easy, hehe. Then there are Mudd's dazzling women with all their vivacious curves, how he handles the smuggling trade in Star Trek Discovery along with the rest of his bag of tricks, only time will tell. So you decide!!!

Star Trek Discovery will attempt to draw upon ENTERPRISE and Star Trek Classic TV shows to give it a late Enterprise angle but early Classic Series appeal.

Will any of these trek assets with new actors, new adventures sprinkled with classic characters produce a Star Trek show that you'll want to watch?

What do you think? Do we need more Harry Mudd characters? 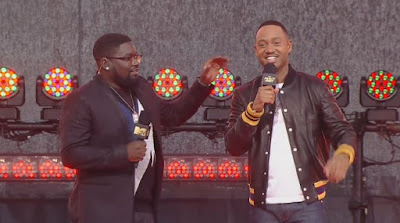 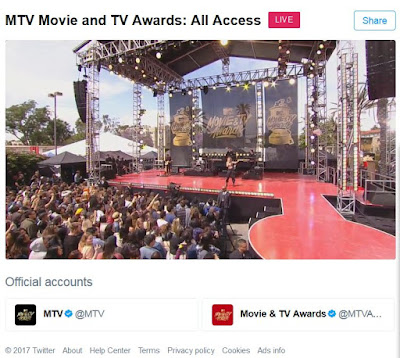 Adam DeVine is hosting the 2017 MTV MOVIE AND TV AWARDS which is happening tonight in the Shrine Auditorium in Los Angeles, so tune in for the live red carpet action, which includes on and off rain!  Its a lot of fun going down folks, so be sure to connect for the 26th edition of this all popular,  Award show with all the happening sci-fi surprises (erm no Star Trek record scratch... but never mind, stay tuned for live action via MTV's "All Access" on Twitter!

So whos in with a chance to win a Golden Popcorn Award?


Movie of the Year


Best actors in a show

Show of the Year


Can you identify the celebrities in these photographs?

Who are you rooting for?

Hope you enjoyed the show - Live long and Prosper. 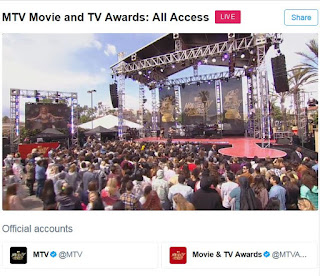 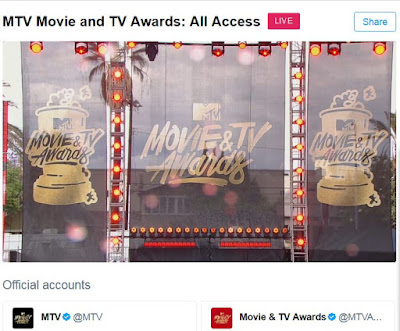 WOMEN OF STAR TREK - WHERE ARE THEY?

I hope all you lonely home alone nerds have plugged in your warpcoil apps for essential anti-matter updates. Cast your eyes on these sexy Star Trek space babes. Okay, so these sweeties need a little tweak here and there. Who's perfect? You would too after going 20 rounds with a  Tarcassian Razor Beast -.  So have heart, cos, these gals look Great even without cosmetic surgery.

Hey, look here's Chief Engineer Scotty licking the transporter pads. If one of these beauties beams in here without her uniform! hehe, what's an engineer to do?? cos I don't know,  If luck favours dumb trekkers like us, its space-babe heaven lol, for a bit of rough and tumble later on. Who Hoo! 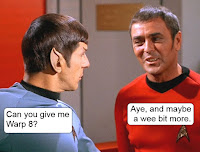 Which one of these Star Trek Women (below) gets your vote for Star Trek hotness?

High praise goes to costumecollection for making out this Star Trek Infographic. The Home of Sexy Cosplay and Costumes in Austrailia!

Live long and Prosper, all the way from the land of Oz!