STAR TREK JAYLAH - YOU HELP ME, I HELP YOU

The guy here in RED, Scotty sets the ball rolling with "AWW shes a beauty!" So without further a do "Two to beam over, Scotty!" the word is now given by Captain James T Kirk commander of the USS Enterprise NCC1701.

Who stands the best chance of speaking to Jaylah first?
Which one of the Enterprise crew said : "I only use it for medicinal purposes!"


Live Long and Prosper, trekkies and trekkers.
Posted by SpacerGuy at August 21, 2017 11 comments:

TO BOLDLY EXPLORE THE ORIGIN OF UTOPIA PLANITIA

Utopia Planitia loosely translated means the plain of paradise. In 1976 NASA's space probe Viking 2 scored a touchdown on planet Mars on September 3rd. Think back and let's imagine our happy world in 1976. Faster than the speed of sound, Concorde made its first flight across the Atlantic Ocean in under three amazing hours. 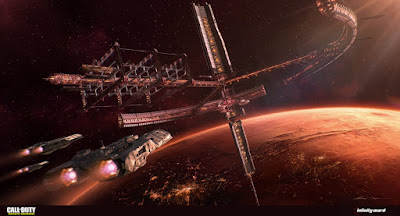 In 1996 scientists discover microscopic evidence of ancient life on MARS!!!

The lander successfully sets down 54.6 million kilometers away in '76 and takes images for Earth's happy ball of beings. Unfortunately no Martians to high five us back but to quote Counsellor Troi in TNG, "I sense the holding back."

A recent NASA discovery in 2016 revealed a large amount of underground ice in the Utopia Planitia region of Mars. So we now know it's possible to sustain humanoid life on MARS!!! Its only logical to surmise Martians are hiding somewhere on the Red planet."

If only the inhabitants weren't so shy of Earthers somebody was just saying the other day.  In Star Trek's 51 year history, Utopia Planitia can be overlooked from the Martian hills walking along the surface. Starfleet's spaceship Yards orbiting the planet also gives a clear view of the largest impact basin 16,625 kilometers above the Utopia Planitia region on Mars! So where are the Martians hiding?

You decide. Guess long and prosper!
Posted by SpacerGuy at August 16, 2017 5 comments:

A trekker I know withdrew from the original RPG Sci-Fi visions site a while ago, but at least the name lives on!. Heres what went down. Engineer Ernie was tranquilized sky high for observation in Sickbay. At the time the reasons given seemed completely illogical to me but because some other players weren't interested in collaboration.....

Aboard the starship RPGER Ernie Shields was pumped up with cordrazine like some science project held under restraints in Sickbay.

.... Believe me the USS Audacious RPG was the 23rd century version of the Titanic waiting to happen - which it did. Nubik (one of the players) vented in one quick post so have fun reading and let me know what you think!

First off, here's the inspirational poster for each sci-fi visions character:

Now, a mini-post written in the style of each player.

V'ncent: "Kreena, beam us up!" says V'ncent. The planet suddenly explodes, taking the ancient population and its potential storyline for intervening in a civil war with it. The crew had beamed up only seconds earlier, but all other life forms were destroyed. "That was close," V'ncent says. "The planet has been destroyed," says Aura logically.

Ernie: Now wait just a darn minute - the whole planet blew up, just what in tarnation is going on? Does anyone have a clue whats going on?  We've got problems. Hey, let me out of here! help, someone, please. No no..... please not that again.

Ric: Unknown to the rest of the crew, Blackhawk had been a researcher in an advanced science team working on transporter technology.

Ric calmly reconfigured the transporter pattern buffer for maximum compression using an implant in his left big toe, then transported the entire planet into the buffer mere seconds before the planet was destroyed.


"I'll decompress it close to Terra and we'll just keep the bits we liked," he joked.


V'ncent: A destruction wave from the planet hit Audi broadside. "The ship is breaking up," said V'ncent. "But look, there's another ship nearby. Let's beam aboard." Nubik, feel free to emote something at this point.

Nubik: Nubik scanned the ship, detecting at least one life form on the bridge and a group of them in the cargo bay. "Aura, bring the hypos that the EMH and Diane developed, we haven't all had our anti-virus shots. Perhaps we should send a marine crew aboard to check if it's safe?"


T'Ehklah: SORRY FOLKS I'VE BEEN THINKING ABOUT MY NEXT POST AND I'VE JUST BEEN INSPIRED.

T'Ehklah elbowed Nubik aside and scanned the ship quickly. "Audi, transport me directly to the bridge of that ship."

She swung her bat'leth in an arc and took the lifeform's two heads off in a single stroke. "The ship is safe to come aboard, I've taken the bridge," she sneered into her combadge, wiping a bead of sweat from her brow. TAG: everyone! That's about it. 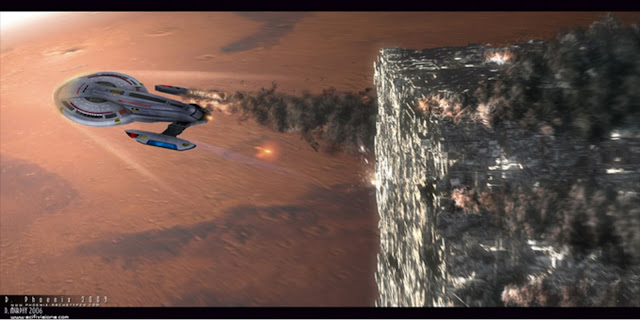 In the first visual, we see Captain Georgiou of the USS Shenzhou (Michelle Yeoh) and Commander Burnham (Sonequa Martin-Green) trekking through the desert but what is their mission?

All we know is the Captain and No1 are passing through "terra incognita" in a region from the pilot episode but the trailer reveals much more.... Meanwhile, in another visual No1 - Commander Burnham is planning on beaming over to a Klingon vessel....

The show's debut in September 24th won't leave you disappointed believe me. Star Trek Discovery is boldly going to hyper drive fans with cosmic explosions, forcefields, smart aliens with analytical prowess determined to fight to the end. Available with Netflix, CBS and others. I guess its decision time.