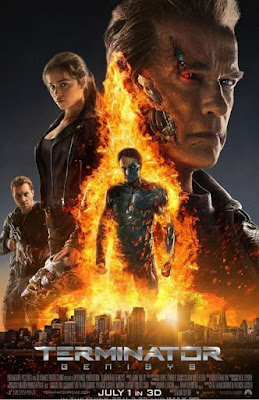 It's all happening at the Box Office again with Jurassic World taking the lead over Terminator Genisys and Magic Mike. I have to say I enjoyed Genisys with its time travel twists and live action thrills. Whats terrifyingly insane about Genisys are the Terminators who look so human! Take heed, the end credit scenes in Genisys has a hidden surprise which most folks missed by rushing out!

Arnold Swhwarzenegger has returned as an aging Soldier of War starring in "Terminator: Genisys," I'll be Back!

Who said "It can't be bargained with, it can't be reasoned with. It doesn't feel pity, remorse or FEAR! And IT ABSOLUTELY will not STOP...EVER...UNTIL SKYNET RULES THE WORLD!

Which movie are you going to see?